Jimmie Dale Gilmore: After Endless Nights of Waiting, Fans Get Their Man on the Flatlands

People who've heard advance copies of Jimmie Dale Gilmore's first album in four years, One Endless Night, due February 25, say it could also be Gilmore's best work since 1991's After Awhile was singled out of Elektra/Nonesuch's "American Explorer" series. By all accounts, this new collection of songs from songwriters who have influenced Gilmore is also the Austin tunesmith's most accessible work yet. Rather than record a fourth effort for Elektra, who put out 1996's Braver Newer World, Gilmore opted to fund and record One Endless Night as his first self-release.

"For a while now, I've occupied that middle ground between unknown and star," he says. "I've made three major-label records, but I've always been more a critic's choice than a radio contender. Although I left Elektra under great terms, it had started feeling superfluous to be on their roster. I was a very small fish in a very big pond. It seemed like we could focus more on our target audience taking it into our own hands."

With the album ready for release, Gilmore says he has no qualms about dedicating the next year or so to promoting and touring. Better yet, his label's distribution deal with Rounder Records should ensure nationwide access to the disc for old and new fans alike. Since there's never been a shortage of music critics looking for new opportunities to write about Gilmore, a series of shows this winter and spring with the reunited Flatlanders (Gilmore, Hancock, and Joe Ely) should also help promote One Endless Night.

"The real motive behind the Flatlanders thing is just to get together and have some fun," explains Gilmore, "without the big trip of, 'It'll be this big magic thing and we'll make a huge album.' If we make an album, that will be good too, but we're just out to enjoy ourselves.

"And you know, it's funny. I think Joe, Butch and I are probably known better individually than as the Flatlanders, except in some very small circles. But we'll all have new albums out and it's not like the promotion can hurt any of us. " 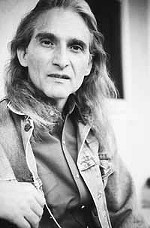