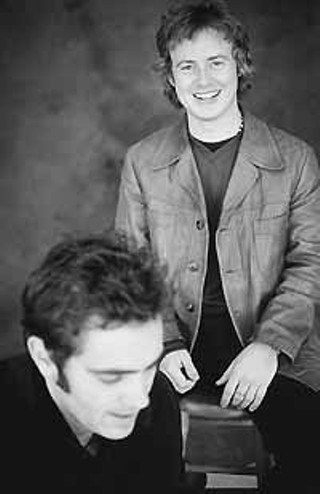 A week before South by Southwest 1999, Dexter Freebish signed to Capitol Records. A few weeks later, each of the band's five members quit their day jobs. It may be a cliché, but bassist Chris Lowe says devoting themselves full time to music made the difference.

"We're guys that have always had to work during the day, so to have a summer to sit down and do nothing but write songs was pretty amazing," he says. "If we have one goal for this record, it's to have an album where there aren't any songs weaker than another."

DF are currently recording said album in Los Angeles under the aegis of Capitol A&R rep Steve Schnurr and producer John Travis (Kid Rock, Sugar Ray). Schnurr -- who at Arista Austin previously worked with Sister 7 and Abra Moore -- heard the band's demo during an Austin visit last year. What Schnurr didn't know was that Freebish had already been the subject of major-label interest: The band's first-place finish in the John Lennon Songwriter Contest earned them both major-label notice and full-blown KLBJ rotation. The winning song, "Leaving Town," came from a demo MCA funded but ultimately passed on in 1998.

"We've been talking with major labels almost since we started back six years ago," says Lowe. "In retrospect, we probably weren't ready until now. Even so, I remember walking into Capitol Records' offices last year with Steve and seeing the Beatles, Beach Boys, and Sinatra stuff on the walls and thinking, 'What are we doing here?'"

Since getting over their intimidation and completing the Capitol deal, DF has spent most of their time writing and demoing songs in L.A. -- sessions that produced a version of George Michael's "Last Christmas" that earned the band some national radio play last month. Lowe says all the preproduction work has added up to not just a full plate of songs, but also a pretty concrete vision of how they'd like their debut to sound.

"One of the things I really like is when you discover a part of a song you never heard before on the 1,000th listen," says Lowe. "That just happened to me with a guitar part on the Verve's 'Bittersweet Symphony,' and I think we're capable of things like that. We've always been into a lot of guitar texture and layering. The song has to be there first, but we're not afraid to lay the trippy guitar sounds on thick later. It's effective, but it makes the studio a real challenge."