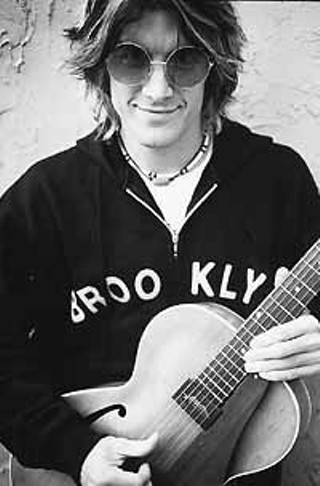 Although Bob Schneider snuck his solo debut into stores four days before New Year's, Lonelyland is already the most-talked-about local album of 2000. The Scabs frontman reveals a Bob Schneider few people thought existed: smart, sensitive, witty -- urbane. At this point, the longtime local couldn't be any further from the "hip-hop and blues" musician tag the National Enquirer conferred upon him last September.

"I want the solo thing to be like kind of a Lyle Lovett entity," says Schneider, "where you can find a place for both the intricate and delicate and the rockin' big-band stuff. With the Scabs, the emphasis on a groove allowed me to get away with a lot of stuff I can't get away with solo. Here, it's much more lyric-based than anything else."

Although Schneider plays a weekly Saxon Pub gig with his "side project" Lonelyland, and the album features those players -- Bruce Hughes, David Boyle, Michael Longoria, and Stephen Bruton -- Lonelyland is a straight solo project. The name confusion (no less confusing than figuring out the difference between the Ugly Americans and the Scabs) stems from Schneider's latest break: three solo songs on the soundtrack to Gun Shy, the new Sandra Bullock/Ralph Fiennes film. Two tracks come from the Scabs' catalog, while the Lonelyland song "Round and Round" features a sample of Bullock's mother singing opera, and will likely get a big-budget video treatment. Schneider says focusing the Gun Shy attention on himself is his way of saying he's tired of playing in bands -- even if his three primary bands (Joe Rockhead, Ugly Americans, and the Scabs) were the best-drawing bands in town during the last decade.

"I have guys I like playing with, but I just can't do the band thing any longer," says Schneider, already scaling back the Scabs' schedule to clear room for solo gigs. "I simply don't like the dynamics of the band thing anymore -- the democracy of it. There's too much democracy and too much compromise."

Although Schneider says he's not opposed to entertaining major-label offers for Lonelyland (the Ugly Americans'/Scabs' Capricorn deal concluded last year), the singer says he and Mitch Watkins are already moving forward with a second solo album that could be self-released as early as next month.

"I'm prepared to put out stuff as quickly as I can before I get caught in a big label machine again," says Schneider. "Right now, it's just too easy on my own and over the Internet to give it up to someone else. Better than that, just knowing I'm doing the best work I've ever done and releasing it myself has been a huge blast." 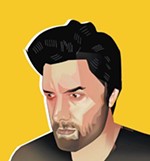 What About Bob?
Bob Schneider's affirmation