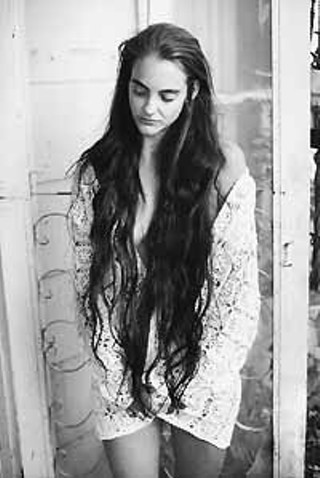 Abra Moore: With a Little Help From Her Friends

"It's always been my direction, my songs," says Abra Moore. "Now, I'm trying to let go of the control. If you don't let go, you don't let anything in."

Austin's wispy-voiced pop siren says that the last year or so spent writing and co-writing songs and working with different producers have been the most productive and enlightening six months of her career. In part, the collaborations were born of necessity: Her longtime personal and professional relationship with local guitarist/ producer Mitch Watkins ended last year. Nevertheless, Moore says a year of traveling between New York, London, Los Angeles, and Nashville, while writing with Jay Joyce (Patti Griffin), John Douglas (Tina Turner, George Michael), and Gregg Alexander (New Radicals) has yielded not only a batch of songs that will ultimately wind up on her album, but also a new approach to the recording process.

"Jay and I will be doing a lot of the basic stuff, but I want to remain wide open to collaboration. If I'm working on a song with someone and it feels right for them to produce it, that's how it will happen," says Moore. "There may be a bunch of different producers, but I think unless I try to throw in some kind of African piece, it should be cohesive. I'll still be the one singing."

Moore may still be out front, but she says the collaborations and time between albums have led to some fairly dramatic musical shifts, generally resulting in songs that are less rock-oriented and more "pretty" and textured than her previous efforts. She predicts the album will be completed by summer, but she says she may never feel like she's done writing for it. After all, the song that landed Moore a 1998 Grammy nomination, "Four Leaf Clover," from her Arista Records debut, was written and recorded weeks after the original Strangest Places sessions.

"That song was an afterthought, so I'm not going to be afraid to write up until deadline again," she ventures. "So far, there hasn't even been a deadline and I like that. It's allowed me to write, collaborate, and take care of some important personal things on my own schedule. But even with that time, I'll probably come up with something just as the album's being pressed. What can you do?"