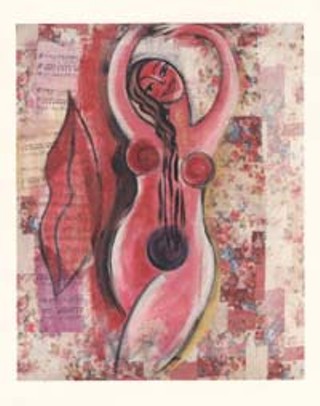 A Century of Women in Music

Wrapped in supple pooled-blood purple velvet -- fun to finger and a delight to hold -- the box of this 5-CD set hints at what's inside: a plush portrait of the most influential women in recorded music -- artists as important in the struggle for equality as any women's movement icon of the 20th century. Launching with Ada Jones' "By the Light of the Silvery Moon" from 1909, crooning through the wails of midcentury standard bearers Billie Holiday, Patti Page, Ruth Brown, Wanda Jackson, and crash landing onto modern notables -- Runaways, Laurie Anderson, PJ Harvey, and Lucinda Williams, etc. -- R-E-S-P-E-C-T attempts (according to the liner notes) to make up for the lack of women's cultural history. The noble cause results in an insightful telling of musical "her story," not to mention a boffo set to crank at the next Tupperware party. An attention to detail extends beyond fine production and thoughtful packaging (80-plus pages of color photos and liner notes). Particular care seems to have been given in selecting the perfect representation -- not just the obvious hit -- from each artist. Most of the more than 100 cuts reflect a fiercely feminist sense of self, whether expressed in the "get over it, sister" empowerment of the Marvelettes' "Too Many Fish in the Sea" or hidden in the folds of Laurie Anderson's dry techno "It Tango." Subtle touches like placing Aretha Franklin's feminist anthem right in the center of the third (or middle) disc belie the smarts and enthusiasm behind this ambitious project. Unfortunately, these lofty ambitions forced a limit of focus -- like the painfully Western-centric geographic scope. While the project goes out of its way to coalesce a wild array of genres, it ignores artists from other parts of the world. The only foreign language within is "Cuanto le Gusta" by American film star Carmen Miranda. Miriam Makeba, Sheila Chandra, Angélique Kidjo, Astrud Gilberto, or even goofy Charo are nowhere to be found. Likewise, certain big names are missing (Joni Mitchell, Nancy Sinatra, Dionne Warwick), and to be fair, the liner notes attest to difficulty in obtaining certain licensing rights. Personally, I don't care that Barbra Streisand is missing, but it'd be a sin if anything more than legal issues kept Abba out of a collection of a century of women's music.