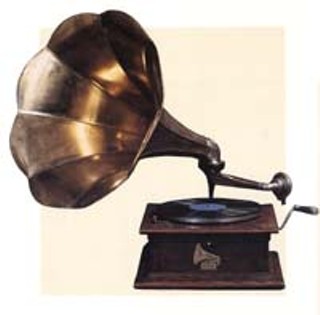 Soundtrack for a Century

It weighs 12 pounds. Comes in a heavy, bound case that resembles the encyclopedic Oxford English Dictionary. Is comprised of 548 songs on 26 CDs, and takes over 30 hours to listen to completely. Retails somewhere in the vicinity of $275. And is, from a consumer standpoint, mostly pointless. "You have before you the Soundtrack for a Century," writes Sony Music Chairman & CEO Tommy Mottola in the introductory note of this gargantuan box set's "booklet," a handsome, hardbound, 307-page coffee table-style centerpiece that looks as though it were published by Time-Life Books. "Twenty-six discs encompassing many of the century's greatest artists delivering their most compelling performances. A truly towering achievement, this collection is the result of over one hundred years of hard work and inspiration on the part of the thousands of talented artists, producers, engineers, and record company executives who have been associated with CBS Records and Sony Music Entertainment over the past century." Yes, well, like the giant publishing houses on Music Row in Nashville who routinely put out promotional-only, multidisc box sets to promote the company and its acts within the company and music industry infrastructure, perhaps this mammoth endeavor should have been kept in-house. Soundtrack for the Century? According to who? Sony Entertainment, naturally, second only to perhaps RCA as the most successful record label of the late 20th century, featuring exclusive rights to, and/or peak-era catalogues of a roster of artists that includes: Bessie Smith, Billie Holiday, Benny Goodman, Robert Johnson, Miles Davis, Johnny Cash, Bob Dylan, Leonard Cohen, the Byrds, Moby Grape, Santana, Janis Joplin, Simon & Garfunkel, Sly & the Family Stone, Bruce Springsteen, Aerosmith, Cheap Trick, the Clash, Stooges, Stevie Ray Vaughan, Rage Against the Machine, Lauryn Hill, Fugees, and of course Ricky Martin. Music for cosmos -- all of it generated in the 20th century, 100 years in which the Western Hemisphere's melting pot boiled over with an eternity's worth of human song. A lot to document. And Soundtrack for the Century gives it the full corporate go, dividing the 26, 77-or-so-minute discs into thematic 2-CD mini sets: "Pop Music: The Early Years 1890-1950," "Sony Classical: Great Performances 1903-1998," "Jazz: the Definitive Performances," "Folk, Gospel & Blues: Will the Circle Be Unbroken," "Country: The American Tradition," "Movie Music: the Definitive Performances," "Broadway: The Great Original Cast Recordings," "Pop Music: the Golden Era 1951-1975," "Rock: The Train Kept a Rollin'," "R&B: from Doo-Wop to Hip-Hop," "International Music: Sony Music Around the World," and finally, "Pop Music: The Modern Era 1976-1999." Beginning with John Phillip Sousa conducting the United States Marine Band on "The Washington Post March," you get exactly to the end of disc 2 -- featuring Austin's own Teddy Wilson accompanying Lady Day on "These Foolish Things" -- before Soundtrack of the Century betrays its fatal flaw: Frank Sinatra singing "One for My Baby." The song's just fine, actually, but wouldn't "My Way" have been more representative of the legendary crooner's oeuvre, as well as the 20th century? Probably, but Sony doesn't own the rights to "My Way." That's Reprise. Oh. Okay. The "Sony Classical" discs, featuring works from Bartok, Stravinsky, Bernstein, Horowitz, and Copland is rousing, going from Bach to bombast. Rousing. Not quite as exciting is the "Late Stereo" 2-CD set, with Andreas Vollenweider's New Age-y "Behind the Garden -- Behind the Wall -- Behind the Door," and John Williams' theme to Star Wars. The theme to Star Wars? It's a legitimate cultural phenomenon of the 20th century, right? Yes, but what about the theme to Schindler's List? That's Sony catalogue. Gotta pay the bills. Ohhhh, right. Hence a preponderance of Wynton Marsalis on the jazz sides, which represent Ornette Coleman not with his only "hit" -- "Lonely Woman" -- but rather with a composition featuring the father of free jazz and the London Symphony Orchestra. That would be Atlantic who owns the rights to "Lonely Woman." Decca, Abkco, Atlantic, and now Virgin license the Rolling Stones, so nowhere on the 548 songs included here is there a Stones tune. No Beatles, either (Capitol), or Led Zeppelin, another Atlantic exclusive. Columbia owns perhaps the best overall collection of blues, so why, on "Will the Circle Be Unbroken" disc, is Johnny Winter closely followed by the Indigo Girls? The Indigo Girls? Soundtrack for the century? How about the Dixie Chicks, who are also included? Don't think so. "Movie Music" and "Broadway" are probably the best collections here: Fred Astaire's enchanting "The Way You Look Tonight," Marilyn Monroe cooing "My Heart Belongs to Daddy," Mary Martin, Joel Gray -- classic. Wait, don't forget Michael Jackson doing the theme to Free Willy. Or Looking Glass performing their timeless standard "Brandy (You're a Fine Girl)," or Loggins & Messina's "Your Mama Don't Dance." Plenty of Dylan, Big Brother & the Holding Company, and Sly Stone, mixed with Kansas! Boston! By disc 25, Sony doesn't even try keeping up appearances any more -- Aerosmith's "Dream On" being the shortened edit, which is sequenced with Billy Joel, Eddie Money, ELO, REO Speedwagon, Journey, Men at Work, Toto, New Kids on the Block, Michael Bolton, Celine Dion, and Mariah Carey. Soundtrack for a Century? For Sony maybe.