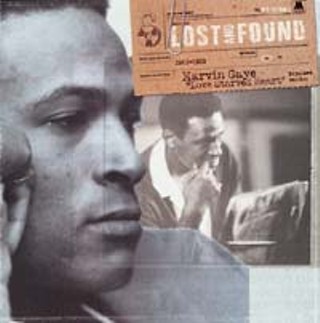 "The Sound of Young America" was what Berry Gordy Jr. called it. Stamping out Fords on the Motor City assembly lines in the early Fifties, the 29-year-old Detroit native came to understand the potential of music publishing while convincing soul great Jackie Wilson to sing one of his compositions. Within a decade, Gordy and a now-legendary cabal of songwriters (Whitfield & Strong, Ashford & Simpson, Holland/Dozier/Holland) would be stamping out one Top 40 hit after another from their basement studio at 2648 West Grand Blvd. in Detroit. In the process, they gave the world the sweetest, most joyful soul music this side of a mother's lullaby -- from Stevie Wonder to the Jackson 5. The quartet of titles in Motown's recent "Lost & Found" series, collecting four of the label's big five acts (missing are the Supremes), plumbs the vaults of Gordy's legacy, throwing a spotlight of two of the concern's best songsmiths: Ivy Jo Hunter, and one William "Smokey" Robinson. On "Along Came Love" (1958-1964), which mines a 2-LP compilation from1975, The Miracles Greatest Hits From the Beginning, Robinson & the Miracles still haven't solidified their sound, drawing from a broad selection of doo-wop, torch ballads, and R&B. The teardrops-on-my-pillow of the title track reminds scholars of soul what Jamaicans like Bob Marley, Bunny Wailer, and Peter Tosh were emulating, while "Come to Me" is a less raucous rewrite of the Isley Brothers' "Shout," and "If I Were a Bell," from the Broadway smash Guys and Dolls, sounds like a jingle for a soap; white-bread schmaltz crowned by the unmistakably delicate tenor of Smokey Robinson. An alternate stereo take of "I Like It Like That" is worth the price of admission alone. Robinson idolized the Four Tops, whose "Breaking Through" (1963-1964) covers immortal songwriters like Rodgers & Hart, Lerner & Loewe, and Gershwin & Gershwin as the immortal Detroit vocal quartet's attempt at cosmopolitan big band jazz along the lines of their idol Billy Eckstine. They shoulda stuck with Smokey; the debut was shelved by Gordy, the disappointingly flat effort distinguished by only the Sinatra standard "Nice 'n' Easy." A priceless bonus track of the Tops' irascible Levi Stubbs trading verses with Eckstine onstage at the Apollo Theatre in 1965 is better than the whole rest of the disc. A "cache of newly discovered songs" is how the liner notes of the Temptations' "You've Got to Earn It" (1962-1968) describes this uneven assemblage that starts out with a left-right knockout combo of Eddie Kendricks' high, angelic swooning of Smokey's "What Am I Gonna Do Without You" alternated with David Ruffins' street-tough tenor on another Robinson ditty, "Love Is What You Make It." Nine by Smokey, three from Ivy Jo Hunter, two Whitfield & Eddie Holland Jr. comps, and one tune from the pen of Stevie Wonder -- plus a good amount of filler -- all sung by the classic lineup of the most exciting male harmony group ever. Hyperbole is not enough for Marvin Gaye, Motown's stallion and ultimate prize, and his aching, "Love Starved Heart" (Expanded Edition), a B-sides/rarities disc from a 1994 4-CD box set comprised of three remastered albums, is case in point. With nine new/old tracks, this prize of the "Lost & Found" series is clearly B-grade material, but when sung by an A-list soul-stirrer and aged for 30-plus years, there's still plenty of magic: "Desperate Situation," a riff-off of "That's the Way Love Is"; "Lucky Lucky Me" using "Pride and Joy" as its jump-off; the Ashford & Simpson tingler "When I Feel the Need"; Smokey's upbeat "Baby I'm Glad That Things Worked Out So Well"; Ivy Jo Hunter's "Hanging On"; and the stunning, desperate "This Love Starved Heart of Mine (It's Killing Me)." The '63-'66 material is markedly stronger than the abundance of '68-'70 issue on this 73-minute opus, and the disc's end-run of the former is certainly a must for fans. In the liner notes of "Love Starved Heart," Gaye biographer David Ritz writes, "Sometimes it sounds as if there is only one Motown song, just as there is only one great Delta blues, one great Puccini aria, or one great Gershwin composition." He's right, of course, and it's a song for the ages.