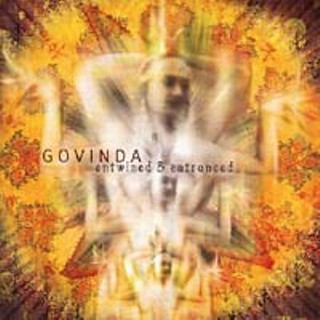 The follow-up to Govinda's previous seance, O Earthly Gods -- not including the soundtrack to Evilution, which was also released this year -- Entwined & Entranced is exactly the sort of exotic spell all those writhing bodies at the Mercury Lounge have been calling down from the spirit world. Playing violin, guitar, and sarod, as well as singing, sampling, and programming, Austin's Shane O'Madden, aka Govinda, has summoned his familiar swirl of sounds, weaving bright, simple, electric melodies through a haze of incense and frankincense, and finding the ancient-sounding nomadic meeting place of Spanish, Celtic, and Indian cultures. Opener "Quintessence of Dust" drops a lazy hip-hop/trap-drum groove, while Madden's pulsing synth beeps and sparkling gypsy guitar floats over the top with a moaning chorus. The rest, "Erotic Mystics," "Temple of Spheres," "In Through Time," and "Split Between Two Worlds" follows suit. Guest vocalist Amy Atchley beguiles Hooverphonically on the standout "Le Zephyr," while Katherine Kalinski and O'Madden duet somewhat Sky Cries Mary on "Scripture of the Anima." Now that Brendan Perry and the queen of goth arias Lisa Gerrard have decided Dead Can Dance separately, maybe O'Madden can pick up a vocalist cheap.