Drinking From the Jazz Wellspring 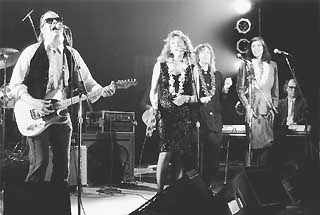 It wasn't readily apparent to most of us that Doug Sahm was a devoted jazz fan, but his passionate embrace of all Texas music would seem to ensure that jazz was just one savory ingredient in a zesty musical gumbo that nourished the souls of his devoted fans. It came as a pleasantly unexpected surprise some years ago when, not having been previously introduced, Doug came up to me in a club one night and expressed how much he enjoyed listening to my (then) Friday overnight jazz program, as he was a big fan of the music. Subsequently, whenever we'd cross paths, he would immediately go into his speed rap about all the jazz he had seen the last time he was in New York City. On another occasion, completely out of the blue, Doug called me up one night at home and insisted upon coming over to give me a gift. He arrived with a beautiful Charlie Parker T-shirt that he'd found in a Boston record shop. I was floored by the generosity he would extend to someone he barely knew. Turns out that was a quintessential part of Doug Sahm and the way he connected with people -- through his passion for music. It was that same passion that enveloped an astounding mastery and appreciation of virtually every discernable musical style associated with the Lone Star state.

In Texas, the jazz tradition has always had a strong, indelible blues sensibility; as such, jazz and rhythm & blues have long been close cousins. No doubt a youthful Sahm, as for many of us, upon hearing the likes of T-Bone Walker, Gatemouth Brown, and Bobby "Blue" Bland with full-blown horn sections devolved from the territorial swing bands that a generation earlier had barnstormed the state, took the next step of seeking out the jazz wellspring. It was apparent that the loose, spontaneous, free-wheeling spirit of jazz permeated all aspects of Sahm's wide-ranging musical endeavors as well as his kinetic persona.

Of his many incarnations, Doug Sahm & the West Side Horns (aka The Last Real Texas Blues Band) has long been my favorite. Sahm was no stranger to this type of blues endeavor. As early as the late Sixties, he was recording soulful R&B with a horn section. But I'll never forget the first of many times I heard this band, sometime back in the mid-Eighties when Antone's was up on Guadalupe. I'd always been a big fan of the Duke/Peacock sound out of Houston, with its blasting horns and with-it arrangements on those gold and burgundy-labeled Bobby Bland and Junior Parker 45s. 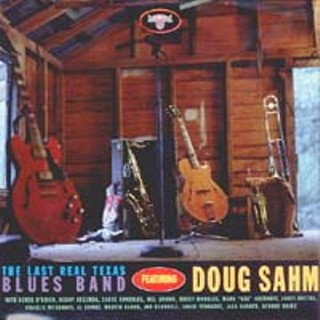 And here was Sahm out front, the consummate Texas hipster, barely able to contain himself, somehow orchestrating this airtight, muscular little big band featuring ace San Antonio saxman Rocky Morales and various longtime friends -- positively nailing that sound to the wall! Their moniker, The Last Real Texas Blues Band, was no hyperbole either. They alone, in their home state, were the sole purveyors of this classic, distinct sound. It didn't stop there, either. Sahm's voracious musical appetite had the band devouring virtually every style of blues, R&B, and rock & roll to be found along old Route 90 from New Orleans to San Antone. And let's not forget a Dallas-Ft. Worth shuffle or two just for good measure.

But Sahm didn't need this band to have a good time. On nights when he was in town, Sahm would just drop into Antone's unannounced and jam the blues with the house band 'til the wee hours, trading licks with Derek O'Brien and singing along with Lou Ann Barton. Doug Sahm certainly took the party wherever he went. In fact, he was the party. Perhaps an appropriate send-off might be the closing line from Aaron Walker's jazzy Texas anthem "T-Bone Shuffle," a song Sahm performed countless times:

Have fun while you can,

You can't tell what may happen,

that's why I love to sing.