Bands seek out SXSW, SXSW searches for places to put them; the late (Liberty) Lunch gets later; plus all the news that gives us fits... 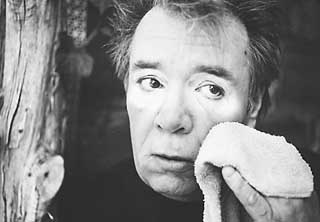 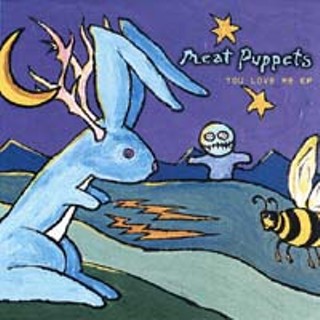 No one's quite sure where "Diamond" David Lee Roth picked up his obsession with barbecue, but it was in ample evidence during his stopover in Austin last weekend. "That's the reason he wanted to play here," says Stubb's Charles Attal, adding that the former Van Halen singer enjoyed consuming serious red meat at the Red River barbecue joint and live music venue. Apparently that wasn't enough beef for the singer, however, as he gave repeat business to Ruby's Barbecue on the Drag over the weekend, and was spotted working off the calories when he arrived at his gig on a bicycle! It was with great disappointment that I learned Roth had already left town by the time Tuesday evening rolled around -- I was expecting him to pop in one more time to Ruby's while I was there during the final night of band submission dropoffs for South by Southwest 2000. No such luck, but what SXSW Creative Director Brent Grulke calls the "weirdest day" of the whole annual process (and what various applicants and staff referred to as "Procrastinators Anonymous" and "The Meeting for the Postally Challenged") otherwise went smoothly, with a minimum of the desperation that often attends the event. Grulke notes that over the years it hasn't been uncommon to receive messages at Ruby's from bands who are "just finishing up in the studio" and out-of-towners who are "only a few cities over and on the way -- can you hang out just a few minutes longer?" The lowest point, he says, came courtesy of one last-minute band who brought in a jambox and played a recording -- of bass and drum tracks only -- and asked the SXSW staff to imagine the rest. The massive SXSW machine, with 2000's conference still four months away, now shifts into top gear, and though nothing is yet truly clear (Grulke couldn't even tell me for sure whether David Lee Roth had perhaps applied for the conference previous to Ruby's day), band processing is under way, and I can tell you from skulking around the SXSW office that among the bands in consideration for showcases are many of those Austin-cum-New York bands I've mentioned here before, including Vanduro (Mary Hattman from Pork, Jonathan Tobin from Noodle, etc.), Heroine Sheiks (Bryan Bowden, ex-Sixteen Deluxe, you name it), and former Rockbusters member Richard Mather's current outfit Fu King. Leading the list of tough questions for SXSW this year, of course, is where to put the bands, what with rampant club closings and the near death of Sixth Street as a haven for live, original music. Believe it or not, in his pavement-pounding search for potential rooms, Dave Thomson reports that he recently came across a long-forgotten door just off Sixth bearing a placard simply reading "Auditorium." Further research revealed that there was, in fact, an abandoned auditorium under the street! Unfortunately, it's in a state of disrepair, but the SXSW crew hope to use the space in some capacity, as other hoped-for venues look less and less feasible. The rebirth of Liberty Lunch, for instance, appears to be getting farther and farther away, with Charles Attal stating that he very much doubts it will be even close to usable by the conference's March dates (15-19) -- this in the face of Thomson's rallying cry, "All I need is a roof and a stage!" Attal says the project has been mired in a "site plans nightmare" and remains in the design phase. He's currently forecasting demolition on the new site in late January or early February, and hestitates to even postulate on an opening date for the relocated Lunch, offering only, "We're shooting for late summer." Lunch magnate J'net Ward is more optimistic, but just barely, thinking Thomson's roof and stage might be in place by March, but no solid walls to keep the sound from bleeding all over the neighborhood. SXSW is also looking into the possibility of using buildings that have housed former SXSW showcasing venues, even after the clubs themselves have closed. "I wish I had some answers," sighed Diana Zuniga in response to my questions about the future of the building that housed the Electric Lounge and which Thomson hopes to still use as a SXSW 2000 venue. She had been in negotiations with a local restaurant/bar chain at one point, says Zuniga, but currently there's nothing in the works for the property. Well, actually, "nothing" isn't quite the truth: Mojo Nixon fans will get the chance to experience the old Lounge atmosphere (the bar, room dividers, and even some paintings were still in place when Zuniga's brother Miles had his birthday party there a couple of months ago) as the Continental Club's Steve Wertheimer presents the father of Debbie Gibson's two-headed love child in concert on New Year's Eve. That's a one-time deal, asserts the elder Zuniga, but until someone leases the place, she says she's open for other such one-time uses. In fact, John Kelso fan Zuniga responded to the Statesman columnist's need for a rehearsal space for his parody dance project The Remote -- wherein 100 men in La-Z-Boys perform choreographed channel-surfing on the Congress Avenue Bridge -- by calling him and offering the Lounge building. That rehearsal takes place this Saturday, 10am, and since I missed both Marjorie Segal's The Bridge (the original event that Kelso is mocking), and Hunter Darby's 100 Wolfman March on Halloween, I'm hoping to make up for both by performing in The Remote in full werewolf regalia.

It's the end of an era -- again. The band formerly known as "In the Hall of the Swine King" have long been functionally kaput, but with the recent release of Gargantuan Fantasy Mall, a collection that brings together Swine King's previously released EP and single, along with a peck of live tracks including blasting covers of tunes by the Big Boys, Re-Cords, X, and the Dicks, the various members have been coaxed into making one final group appearance this Friday at Stubb's. With frontman Randy "Biscuit" Turner, former vocalist for the legendary Big Boys and theatrical costume-rocker supreme, becoming more oriented toward visual art and less prone to taking the stage, this isn't just your last chance to see Swine King in particular -- it may be your final opportunity to experience the magic and energy that was early Austin punk. You pass up this show at your own risk, but to help influence your decision, take a gander at Todd V. Wolfson's lovely portrait of Biscuit, in Emmett Kelly-esque repose, shedding his grease paint for what may be the final time.

Hot on the heels of Billy Horton quitting the Hot Club of Cowtown comes the news that bassist Kevin Smith has taken his leave from 81é2 Souvenirs in midtour. The immediate buzz was, "I wonder if Kevin knows there's a position open in Cowtown," and as such, pal "Lonesome" Dave Fisher managed to contact him with that very information. Smith turned out to be ahead of the game already, says Fisher. "He told me he'd already picked up some road dates with them"... Quick, can you name the patron saint of musicians? No, it's not St. Bernard, though the barrel of liquor tied around his neck would seem to make it a dead giveaway. It's actually St. Cecilia, and Jovita's will celebrate St. Cecilia's Day this Sunday starting at 12:30pm, with a full day of music including the South Austin Gospel Choir, Eric Hisaw, Jimmy Lee Hannaford, Kevin Fowler, and Ponty Bone and the Squeezetones... I bow before any band that can keep their shit together with members in different cities, and the Friends of Dean Martinez, sporting base towns of San Francisco, Los Angeles, and Austin, are no exception. The Friends have a Waterloo in-store today (Thursday, 5pm) for their recent Atardecer album, a gig accompanying the silent classic The Cabinet of Dr. Caligari on Friday (7 & 9pm) at the Alamo Drafthouse, a Continental Club show Saturday, and a just-added 18-and-up Caligari (Parents' note: Not to be confused with Caligula) show on Sunday at 5pm. Austin Friend Bill Elm tells me that the group's new album, with Golden Arm Trio's Graham Reynolds on organ, is 95% finished, and the Knitting Factory Records mailing list confirms a February release date for the yet-untitled album... There's lots of benefits coming up in time for the season of giving, and lemme tell you, ya can't buy the kind of talent lined up for Texas Music For Tary: A Helping Hand for a Helping Hand, which takes place Wednesday, December 1, at Antone's. The show and silent auction will benefit producer, musician, folklorist, and substance abuse counselor Tary Owens, who suffers serious health problems from hepatitis C, diabetes, and Parkinson's disease. The show will feature Lucinda Williams & the North Mississippi Allstars, Joe Ely, Don Walser, Marcia Ball, the Blues Specialists, Toni Price, and Steve James; a jazz cocktail hour hosted by Owens' wife Maryann Price and featuring Floyd Domino, Danny Levin, Martin Banks, Rich Harney, Slim Richey, Kaz Kazanoff, and Ernie Durawa; a set by Ethyl'n'Methyl (Maryann Price & Chris O'Connell); a big blues jam featuring Jimmie Vaughan, Long John Hunter, Randy Garibay, Ervin Charles, W.C. Clark, Paul Ray, Gary Primich, and Ted Roddy (whose Troubadors lose their Monday gig at Ego's at the end of this month, by the way); and the ever-present surprise guests, who will be backed by Sarah Brown, Chris Miller, George Rains, and Riley Osbourn. Whew! Meanwhile, the Arc Angels are set for a reunion show at La Zona Rosa on November 27 to benefit the the Texas Fine Arts Association, and also at La Zona Rosa on December 15, there'll be a special Willie Nelson gig for the SIMS Foundation, with the Meat Puppets opening. Word has it that Jimmie Vaughan, Riley Osbourn, Derek O'Brien, and possibly Stephen Bruton will be sharing the stage with Willie at that function. Start saving your shekels for these worthy causes, and take note, copies of the new Meat Puppets promotional EP that I mentioned last week go to the first 50 people who show up at the band's Cactus Cafe gig this Saturday. Well, actually, those first 50 people will sign up to get copies mailed to them, since it isn't ready yet, though you get a sneak peek at the cover of the disc here, as drawn by our second favorite musician/artist, Curt Kirkwood... Ana Egge, acclaimed luthier (that's someone who makes their own guitars, stupid), is being honored for that very talent within the pages of the current issue of Acoustic Guitar magazine. Look for the feature titled "Austin Power" on the art of, er, luthing. Egge just returned from a set of European gigs with Ron Sexsmith (whose name means "someone who makes their own genitals")...