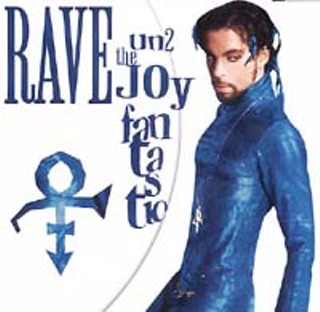 Exhale: Dr. Dre's Chronic 2001: Still Smokin' finally hit record stores Tuesday, the most welcome release date since my lil' cousin Curious George busted out of the San Antonio Zoo. Somehow, our review copy from Interscope went "missing," but I'm betting on H-Town youngster Devin "The Dude" to steal the whole shootin' match out from under Snoop Dogg, Eminem, and the rest of Dre's cadre of cheeba poets. Devin takes no shit, except when he posed for the cover of his debut album sitting on a toilet reading the Houston Chronic... For those still looking to get lifted, East Coast Sticky Green Men Clifford Smith and Reginald Noble, aka Method Man and Redman, have finally released their first full-length collaboration, Blackout! (Def Jam). There's plenty of pothead antics and some fine lyrical flexing, but mysteriously the whole doesn't add up to nearly the sum of Meth and Red's previous solo joints Tical 2000: Judgement Day and Doc's Da Name 2000. It's probably the same reason society frowns on brothers and sisters having babies: They're just too close genetically... Somehow, between cracking the Fortune 500 and auditioning for various NBA teams, No Limit general Master P found time to come out of "raptirement" and record the 23-track Only God Can Judge Me (No Limit). No word from the Man Upstairs, but some of us down here on Earth wish P would find some new material -- the cut "Ain't Nothing Changed" sums it up nicely. But the tank still rollin' -- Uuuughhh!!!... That other Master P, the one who wears purple latex bodysuits and calls himself The Artist, is also back from self-imposed exile with Rave Un2 the Joy Fantastic (Arista/NPG). Old symbolhead is firing on all cylinders here, alternating between sleek, slashing nu-funk and delicate, heart-on-the-sleeve balladry seasoned with cameos from Chuck D, Gwen Stefani, Maceo Parker, and Sheryl Crow, among others. Of special note are the dizzying title track, the balls-out "Baby Knows," and a gonzo cover of Crow's "Every Day Is a Winding Road" that leaves the original flopping around like the fish in that Faith No More video. Maybe it's the producer's touch, some guy called "Prince." Philly tigress Eve, the Bonnie to DMX's Clyde in the Ruff Ryders crew, kicks in a spicy rhyme on "Hot Wit U," and on her debut Ruff Ryders' First Lady (Interscope/Ruff Ryders), shows why she's got plenty of ruffnecks trembing in their Timbalands. Feisty, fearless, and oh-so verbally limber, she's almost as complete a package as Lauryn Hill without being so damn preachy. The way her words fit on top of the Swizz Beats production is pure butter... Brooklyn MC Mos Def was (with Talib Kweli) one-half of last year's underground darlings Black Star, and bounces right back with the solid slice of vinyl Black on Both Sides (Rawkus). Mad rappers the Beatnuts, plus some subtle jazz and reggae touches, smooth out the beats, and Mos earns bonus points for rhyming about the world's water supply and the hardcore punk coda to "Rock & Roll." But what was he thinking looping the Red Hot Chili Peppers' "Under the Bridge" into "Brooklyn"?... No lyrical points for the Southern bounce collection Get Crunk! (Tommy Boy), but as far as shaking what your mama gave you, tracks from the likes of Three-Six Mafia, UGK, GooDiE MoB, Lil' KeKe, and Eightball & MJG should keep the clubs nice and toasty during the frosty winter months... Finally, local crew Flo Mob checks in with the five-song What You Know About That Wood EP. Fat 'n' sassy with super-relaxed Southern atmosphere, What You Know reminds local hip-hop fans to investigate what's in their own backyard before queueing up for the latest high-profile releases -- they might be very pleasantly surprised.