Every revolution begins with a shot. The crack of a pistol, retort from a rifle. A burst of machine gun fire. In Latin America, take your pick -- slit throat, perhaps. Car bomb. Beginning the moment Spanish soldiers started killing the indigenous peoples of North and South America, la revolución has not ceased for one single day. From Mexico to Brazil, mothers, fathers, sons, and daughters are still being dragged out of their beds in the dead of night by government death squads, or worse, rebel factions, and never seen again. Los desaparecidos. "The disappeared." Zack de la Rocha, lead singer of Rage Against the Machine, rants about injustice with good reason. Musically, that first shot is harder to pinpoint. If one takes the unquestionably imperialistic view of Rhino Records' °Ay Califas! Raza Rock of the '70s & '80s, then Santana's classic rock radio staple "Oye Como Va" is the shot heard round the world. The birth of "Rock en Español." Rearranging Latin jazz maestro Tito Puente's salsa standard for the band's 1970 sophomore album, Abraxas -- six weeks at No. 1 on the Billboard charts -- Bay Area guitarist Carlos Santana did for Rock en Español what Montezuma did for the Aztec empire: defined it. Almost 30 years later, as the Rock en Español movement jockeys with the Buena Vista Social Club as the most important musical trend of the late Nineties, it's fitting that Santana, the Mexican-born son of a Mariachi musician, erased a decade and a half of commercial blackballing with his 1999 chart-topper Supernatural and its hit "Smooth."

Questions of Baldemar G. Huerta's (Freddy Fender) role as true instigator of the revolution aside, °Ay Califas! Raza Rock of the '70s & '80s traces the roots of a mostly unidentified movement with Top 40 hits like Malo's "Suavecito," War's "Low Rider," and album cuts from Los Lobos, the Plugz, Cruzados, and even Cheech & Chong. Taken together with Rhino's 3-CD collection, Brown Eyed Soul: The Sounds of East L.A. ("Before Los Lobos and Lou Diamond Phillips made Ritchie Valens hip again -- "), it's obvious that most American popular music was being translated into Spanish. Since the current "Rock en Español" upheaval is obviously a post-punk phenomenon, °Reconquista! The Latin Rock Invasion is Rhino's best musical primer, concentrating on the hail of guitar fire from this decade. Of particular significance are raised swords from the Emiliano Zapata and Pancho Villa of the "Rock en Español" revolution: Mano Negra and Los Fabulosos Cadillacs. 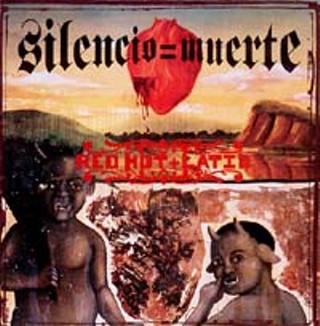 By the time Mano Negra's domestic debut Puta's Fever came out on the French imprint of Virgin Records in 1989, Los Fabulosos Cadillacs had already released at least three albums on Argentina's arm of Sony Music. The difference, besides music styles, was that the former corporation had worldwide designs for Mano Negra from the outset, while the latter focused more on breaking Los Fabulosos Cadillacs in their home country and greater Latin America. As a result, Mano Negra, a Paris-based octet who delivered their wild, circus-on-fire songs in French, Spanish, English, and Arabic, toured the states, stopping in at the Austin Opera House during that year's South by Southwest, while the Cadillacs did not undertake an extensive tour of the states until last year when the Grosse Point Blank film and soundtrack broke a four- or five-year-old song of theirs, "El Matador."

Discounting marketing schemes and product release schedules, however, both bands arrive at remarkably similar destinations in a remarkably similar fashion. Cue Mano Negra's Puta's Fever alongside Los Cadillacs' superb 1994 Sony Latin greatest hits package, Vasos Vacios, and one irrefutable fact presents itself like the cold muzzle of a pistol pressed against your temple: "Rock en Español" starts here. Opening with the crazed calliope organ intro of "Mano Negra," through the hip-hop jive of "King Kong Five" and the ferocious horn-driven rush of "Malavida," Puta's Fever is a pipe bomb of rock, rap, thrash, and punk hurled through the open window of the U.S.'s rock & roll embassy. Vasios Vacios substitutes a righteous ska/dub/reggae skank for straight hip-hop, but is no less lethal, "El Matador's" New Orleans second-line stomp busting down doors like the secret police. 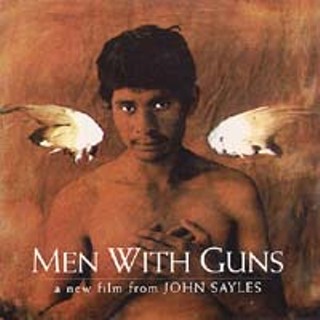 As fate would have it, this turns out to be perhaps the best way of navigating the somewhat murky waters of Rock en Español recordings: labels. Copeland, who made a career out of nurturing Eighties New Wave on IRS -- Go-Go's, General Public, Fine Young Cannibals -- has turned around and started mining Latin America for the nuevo wave of a new millennium. Last year's Clandestino, the solo debut from Mano Negra's former frontman Manu Chao, as well as the Outlandos D'Americas: A Rock en Español Tribute to the Police, and this year's iniitial effort from Mexico's El Gran Silencio (Libres y Locos), who came out firing on all cylinders -- and all chambers -- at this year's South by Southwest, are welcome ambushes in the war on D.O.A. Yankee rock.

The indies, in fact, have put up a strong struggle for the cause. In addition to Ark 21, New York's Grita! Records has imported some gruesome tales of Third World atrocities from Basque band Negu Gorriak, Argentina's Todos Tus Muertos, and Berlin's Niños Con Bombas, who also rocked the house at Scholz Garten during SXSW 99. Grita's West Coast counterpart, Aztlan Records, has done well by ex-Plugz/Cruzado Tito Larriva and his Tarantula, as well as the Robert Rodriguez sidekick's Rock en Español supergroup, the Pychotic Aztecs. Maria Fatal's self-titled Day of the Dead debut from 1995 is also well worth cutting back the brush for.

Naturally, where there's smoke, there's American operatives supplying flame-throwers, and major labels have not hesitated to enter the jungles of Central America with defoliants. With no known ties to the CIA, David Byrne's laudable Luaka Bop label has brought forth a number of noteworthy debuts, including those by Columbia's Bloque, who along with the Cadillacs are only one of a fistful of Rock en Español bands to play Austin, and the Mano Negra-esque regal Latin ska of King Chango. WEA acts like Guadalajara's Maña, who helped sell out the Alamodome earlier this summer with Santana, have sold truckloads of CDs with 1997's approximation of the Eighties one-hit wonders the Outfield, Sueños Liquidos, and this year's thicker, more syrupy, Unplugged. 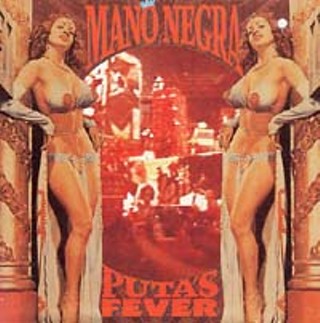 Much better was the debut from another SXSW showcaser, Mexico City's hip-caustic Plastilina Mosh (Aquamosh, Capital), and the brand new release by Molotov (Apocalypshit, Universal), the genre's most controversial heavy-metal hip-hop gangbangers. The even more hateful Puya debuted recently on MCA with Fundamental, while Virgin France is back into the belly of the beast with Higher Octave World on one of Rock en Español's 1999 prizes, P18's Urban Cuban, "a potent blend of European Electronica and Afro-Cuban Groove." The CD sticker fails to mention Mano Negra founder Tom Darnal or serious roc! Dark goings-on can be found on new albums by a pair of Mexico City groups, Café Tacuba (Revés/Yo Soy) and modern rockers Jaguares (Bajo el Azul de tu Misterio), and let us not forget L.A.'s Ozomatli, who is to young vatos what that first Santana band was to old rockers.

Houston's Los Skarnales may just be the same to Central Texas, which it seems has only served up the hard-touring grupos' skaliente Vatos Rudos CD, and the no-quarter debut from their neighbors de Sangre.

In the end, what unites this movement is less about musical styles, geographical birthplaces, and indie/major labels climbing aboard a cart currently being pulled by a burro. It simply boils down to three little words: Rock en Español. The sound of the 20th century tortured by all the tumultuous passions and politics of Latin America. Music that is both virgin and whore. In terms of capturing the spirit of this musical revolution, two recent film soundtracks are no doubt among the most arresting Rock en Español releases: John Sayles' haunting Men With Guns, and the audio graffiti of 1997's Star Maps. More recently, Americanos, the soundtrack to Edward James Olmos' HBO documentary, collects Santana, Malo, Ozomatli, War, Los Lobos, Tito Puente, Eddie Palmieri, Celia Cruz, and Flaco Jimenez in a way that brings the culture home like a Cinco de Mayo celebration.