Dust on the Bible, and Aka the Mad Cat Trio (Quarterstick) 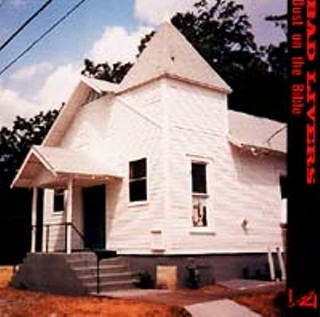 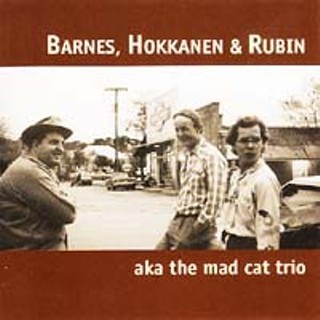 Dust on the Bible (Quarterstick)

Aka the Mad Cat Trio (Lumpydisc)

As Sugar Hill prepares for a new Bad Livers' full-length next spring, Blood and Mood, two recent releases from the Austin-generated duo of Mark Rubin and Danny Barnes serve as handsome bookends to the decade-long lifespan of a band whose catalog, according to the band, take a sharp left turn with their next album. Recorded in late '91 "on a 4-track in Danny's spare room," Dust on the Bible was warm-up for Barnes, who was gearing up for the then-trio's proper debut, Delusions of Banjer. Issued on CD for the first time earlier this year (the band has sold thousands of cassettes at its gigs), Dust on the Bible just may be the Bad Livers' best outting, a straightforward and sincere bluegrass effort made personal by understated simplicity and Barnes' heartfelt delivery; it was originally meant as a Christmas gift for his family. "I'm Using My Bible For a Roadmap" is the crown jewel here, but a CD-only take of "How Dark My Shadow's Grown" from a 1991 LiveSet on KUT stands proud and tall when called. LiveSet, Austin's answer to the Live at Gilley's archives, is also the origin of Aka the Mad Cat Trio. Broadcast in early 1993, the Bad Livers surrogate/offshoot opens with a rousing instrumental every bit as evocative as its title, "Gold Rush," and after Barnes and local fiddle player Erik Hokkanen trade virtuosic solos. Interspersing traditional vocal fare like "Lock My Heart and Throw Away the Key" and the murder ballad "Down in the Willow Garden" with instrumentals as beautiful as Hokémon's "Sunset Waltz" or as suspiciously catchy as "Ace of Spades" and "Black Diamond," this from-the-vault release is a fairly essential addendum to the Livers catalogue. "Crying Holy Unto the Lord" ties Mad Cat Trio to Dust on the Bible, being included on both, and with the forthcoming Blood and Mood touted as "Bad Livers go electronica," maybe they should include it on the new album just so fans don't bug out too hard.

(Dust on the Bible)

(Aka the Mad Cat Trio)