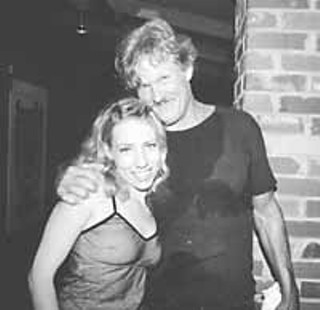 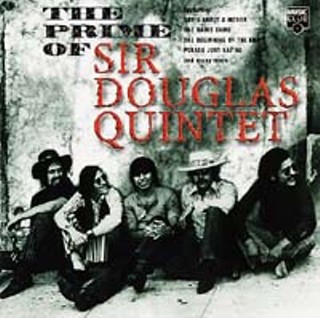 Ed Burleson is coming to the Broken Spoke this Friday to promote his new My Perfect World album on Tornado Records. Who is Ed Burleson? Well, he's a country artist who's been given the thumbs down by every label in Nashville, which alone is enough to ensure that he's the next Dwight Yoakam, says Tornado Records' Bill Bentley. Yes, that's the same Bentley we know from Reprise Records, the same one who's always there with the latest scoop on the Texas Tornados. Furthermore, Bentley's partner in Tornado Records is David Katznelson, the A&R man who signed the Texas Tornados to Reprise. Hmmm. One might start to think there was some sort of connection here. But wait, there's more: Katznelson also runs the eclectic indie label Birdman, which released Bentley's pet project More Oar, a tribute to Moby Grape's late madman genius Skip Spence featuring Beck, Tom Waits, Mudhoney, and Alejandro Escovedo -- basically the de facto sequel to the Roky Erickson trib Where the Pyramid Meets the Eye, behind which Bentley was the guiding force. Birdman was "not quite right for a straight country artist," laments Bentley, so Tornado was born, a very small label with no staff to speak of. Katznelson is continuing his A&R work and searching for more artists for the label. In fact, one of his most recent discoveries is himself (!), as he has his own country album coming up on Tornado. As far as current doings of the original Texas Tornados, "I hate to say it, but Little Joe sounds great with them," admits Bentley, who's getting his fix of the recently departed Freddy Fender via new/old releases such as Freddy Fender: Live at Gilley's, which came out just this week (see last week's Music section), and Lone Star: The Best of Freddy Fender. Music Club, the label behind The Best of Freddy Fender, has also just released The Prime of Sir Douglas Quintet, which has Bentley in a tizzy, because the label claims that both the Fender and Sir Doug CDs are taken from the original Crazy Cajun recordings from Huey Meaux's studio. "They sound like the same later re-recordings that keep popping up on various repackagings," says Bentley. Unfortunately, Meaux, who last we heard was in the Galveston prison hospital, was unavailable for comment ("I think maybe he's saving those tapes," posits Bentley, "to get him into heaven"). Rush Evans, liner notes author for the Sir Doug collection, says Bentley's ears must be deceiving him, claiming the recordings are definitely the originals, including some material that has never before been released. The label's publicist admits that the photograph of the Quintet -- a mid-Eighties publicity shot -- might have bolstered the confusion. "We're not usually that sloppy," she apologizes, saying they inadvertently used the wrong photo. "No," insists Bentley. "These are not the originals -- call me in an hour at the Sportsman's Lodge." Yep, that's where Doug Sahm just happened to be staying that night in L.A. Unfortunately, though Bentley promptly showed up there with a copy of The Prime of ..., Sahm had things to do. "Gotta go," he shouted, mere seconds into my call. "The Dixie Chicks are coming over to fuck the whole band!" While I'm sure the colorful Sahm was just joshing, he wasn't kidding about not having time to answer the question at hand. By the next morning, however, a sheepish Bentley called back to confess that "Doug heard one note and said they were the originals. I still think," he adds, a fighter to the end, "that they added an echo or something."

Houston-born Michael Nesmith, of the Monkees and alt.country progenitors First National Band, has hinted recently that he may return to recording music soon, but then, he's also working on a movie, a second novel, and taking over the Internet. What we do know is that he'll be appearing at the Texas Book Festival the weekend of November 5, and maybe looking up a few friends while he's in town. The last time I spoke to him, about two years ago, Nez had hoped to come to Austin to hang around with guitarist Bill Campbell, a trip he now tells me he never got to make. If you're a pal of Campbell's, tell him for me about Nesmith's visit; so far, I haven't been able to find anyone who's not mad at him to pass on the information. Meanwhile, who knew that Hitchhiker's Guide to the Galaxy author Douglas Adams was a musician? He was in town last week for a private appearance at a computer conference, and when the Chron asked his secretary if Adams would care to sit for an interview while he was in town, she told us that he planned to fly in and out of town with as little time between the flights as possible. The reason? "If he spends any great length of time in Austin, he'll end up carting three expensive guitars back home with him, and he really doesn't need any more."

Keeping Up With the Brownses

Junior Brown's missus Tanya Rae Brown has a new solo album out, but like the fine country gal she is, she'll be standing by her man and not going off into the big bad world on a tour of her own. Seriously, though, fans of Brown's better half can check out the new album, Meet the Mrs., which wasn't originally intended for public consumption, but rather as a gift for friends, until "nudges" from family and various acquaintances led to its appearance on the TRB (Tanya Rae Brown, natch) label. It's not the first album to have such an origin (see McCartney II for a negative example), but it is the Austin answer to June Carter Cash, and of course Johnny, er, I mean Junior, plays on it.

Clifford Antone claims to have no idea what birthday he's celebrating this Friday at the club that bears his name. "I think it's 49, but I'm not sure," he drawls. He's also not sure who's going to play beyond Sue Foley, Toni Price, and Lou Ann Barton, saying that any surprise guests are being kept a secret from him as well. "Sue's enough of a surprise for me," he adds of his friend Foley. As far as postulations that this could be his last birthday at the club, as his sentencing date draws ever nearer, the longtime live music icon will only say that, "It might be, but God is good. I learned to take it one day at a time a long time ago." In the club business especially, that's a good idea; just last week, Kelly Willis losing her voice lost the club a bit of income, while this Friday's birthday celebration comes up against George Jones at Stubb's. Unfazed, Antone says his hopes, as always, rest on Austin having enough music fans to make both shows a success.

Reporters and a camera crew from ABC-TV newsmagazine 20/20 were on hand at Stubb's on Sunday to film Kris Kristofferson for an upcoming segment of the show. Perhaps they would've preferred the slightly more intimate setting of the troubador's "secret" show at the Saxon Pub Friday night, but seeing how poorly kept a secret that show was, they'd have likely not been able to get in the door. The Saxon Pub show was packed enough, obviously, with familiar faces in attendance from Kacy Crowley (see photo) to Jim Ramsey (no photo available)... And speaking of big-time media and famous musicians, this just in: Steve Earle has just been confirmed as the keynote speaker for South by Southwest 2000... Tito & Tarantula's show at Trophy's was a better-kept secret, which is good because it ended up not happening after all. At the "real" show at Stubb's on Sunday (following Kristofferson's outdoor show), Robert Rodriguez took time out from pre-production on his new spy movie to join the band for a few licks onstage. According to Tito Larriva, Rodriguez accompanied the band on a tour of Germany and all but upstaged them everywhere they went... Word has it that former metal/industrial label Megaforce Records will be returning soon as Megaforce 2000, and that negotiations are underway for the debut release from the label to be a live album from the Skatenigs, titled Skatenigs 2000: A Few Beers Label. The 'nigs, meanwhile, are continuing to work on their next studio effort, The Money Shot, and have a Hallowe'en gig set for Emo's... After saying such nice things about Robyn Hitchcock last time he was here, I didn't get to see the show, so he's coming back for a three-show, two-night stand at the Cactus Cafe this Saturday and Sunday (actually, I don't think my absence factored into the decision). He'll have a band along, featuring former Soft Boys bandmate Kimberley Rew, who was not, contrary to popular belief, the chick in Katrina & the Waves (the fact that his name's not Katrina should've been a clue). Hopefully having a band along won't deter Hitchcock, who also appears on More Oar, from telling the long, seemingly meandering but ultimately rewarding stories he spun at his last Cactus visit... What do you get when you trade all your LeRoi Bros. for a Dead Kennedy? A new Legendary Stardust Cowboy album, that's what. Live in Chicago features ex-Kennedy Klaus Fouride on bass (as opposed to any of the LeRois, who provided backing on the first LSC album), and is out on the oh-so-appropriately named Bughouse Records label... The Texas Electronica Festival people are having a Blair Campout Project with guest ambiance by Gibby Haynes this Saturday. Tix are available at Alien Records that day, hopefully along with directions on how to find the event, which will be powered by a generator somewhere out in the woods... One thing even electronica's biggest detractors have to admit -- those acts sure are efficient! The new BLOO compilation CD will have six of its acts play in 60 minutes at 33 Degrees this Saturday starting at 7pm... For fans of both electronica and more rock-oriented music, note that the Texas Melodica Festival is this weekend, Friday and Saturday, way up in Fort Worth at the Ridglea Stadium. Acts include Tripping Daisy, Yeti, Pong, Mandarin, Jetscreamer, ...Trail of Dead, the Ditch Kids, Klak, Ohm, Naked Apes, Lo Fi Chorus, and more... Closer in space, but farther in time, it's been announced that next spring's Old Settlers Music Festival will move from Round Rock to Dripping Springs... Finally, it looks like the controversy over which version of Parliament Funkadelic to see has ended, as the questionably named Original P has dropped out of their Antone's gig tonight (Thursday). And the winnah is ... weighing in at 350 pounds (chains included), Gorgeous George Clinton, at Stubb's on the 29th...