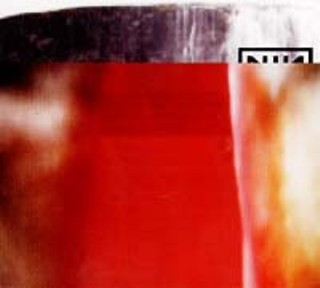 "Got to get back to the bottom," hollers Trent Reznor on "The Big Come Down." Question is, when did he leave? NIN's first outing in half a decade, The Fragile already sounds like five years ago. Where The Downward Spiral was chock-full o' scabby, wicked notes with razor edges like rusted barbed wire, this 2-CD offering is just rusty, with barely more than a handful of semi-memorable moments, and even those are fleeting. It's not all disastrous, mind you: The Fragile's fat, crisp production and dangerously weighty low-end threatened to warp my Bose cabinets and sterilize my neighbors. Disc one, with the radio-ready yelp of "We're in This Together" and "The Day the World Went Away" is the keeper of the two, though even the punchy thrum of a thrusting nailbiter like "The Great Below" sounds oddly dated here. Disc two, however, sounds like leftovers from the Spiral sessions, packed as it is with what can only be described as Reznorian filler, the suddenly quiet, suddenly loud compositions that go and go but never seem to get anywhere. One high spot, lyrically at least, is "Starfucker's, Inc.," Reznor's vitriolic screed against ex-toy Marilyn Manson. If he applied as much pinpoint rage on the rest of The Fragile as he does here, we'd have a modern classic. As it is, this is the sound of oceanic angst lapping at your feet, something Reznor has done many times before, and much better elsewhere.