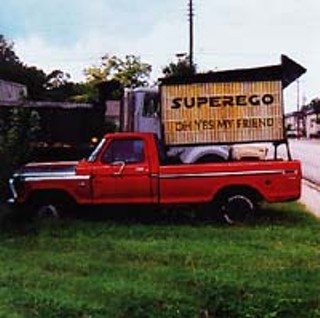 Paul Minor is the James Brown of Austin. The Mack. Nobody works it like the Hole in the Wall's Free For All man, the hardest working guy in the local showbiz industry. Pick up the Superego's third full-length, Oh Yes My Friend, and you can feel Minor's sweat; he wrote all the songs -- sang and played guitar on them -- assembled some of Austin's best barroom pros (Fastball's Tony Scalzo, Sixteen Deluxe's Frenchy Smith, Drums & Tuba's Tony Nozero) to augment a group that already features some of this town's best barroom pros (Andrew Duplantis, Jon Sanchez, Chepo Peña), and put it out himself. The songs? Not bad in a mid-tempo Fastball sort of way, particularly the lead-off "Misery Date" and its follow-up "Another Weak Attempt." "Lagniappe," as ridiculous a word as that is, works if only because you never heard, nor ever will ever again hear, it in a song. "Toss of the Dice" could almost be an XTC song, while home demo "Eastern Bloc" is one of the best songs on what is easily Superego's best effort to date. Playing, fine; production, good. The problem? A common one: Minor's no singer. The lack of conviction with which Minor delivers his own lyrics -- his singing is perhaps best described as lackadaisical -- undercuts whatever promise his songwriting holds. All right, so Paul Minor's not Austin's version of James Brown. Shall we try for Maceo Parker? He can't sing either.