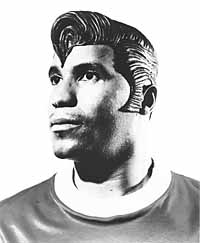 The most useful feature at KoolKeith.net is the "Persona" page, a cataloging of rapper Keith Thornton's ever-shifting roster of aliases and alter-egos. Since beginning his career with the seminal Ultramagnetic MC's in 1987, Thornton has employed at least 16 different aliases, and at KoolKeith.net, each one features a photo and thumbnail bio. For instance, Dr. Doom, Keith's street urchin alter-ego for his recent First Come First Served album, likes "hamburgers infested with mice," and dislikes "the Dept. of Food & Agriculture." Since the lead-off track on First Come First Served features Dr. Doom killing off Dr. Octagon, the character Keith created for his Dr. Ocatagonecologyst collaboration with the Automator, it's no surprise the "Persona" page listing for Dr. Octagon is simple: "Age: Deceased. Birthplace: Jupiter."

Locally, the real surprise lies in the profile of Robbie Analog, a character Keith created as a swipe at RZA's Bobby Digital, a persona Keith reportedly felt borrowed too liberally from his black-masked alias on 1997's Sex Style album. Still following? Here's the punchline. Robbie Analog is an Austinite: "Age: 28. Birthplace: Austin, TX."

"My characters are from different places," says Keith. "They all live in different cities. Robbie Analog is a Texan. Austin's his hometown. And yeah, he's out there sometimes."

While Robbie Analog may hang in Texas, it's Keith who will be "out there" this Saturday night -- at Steamboat. It's the third date on a tour promoting the rapper's most outrageous persona yet, Black Elvis. Black Elvis/Lost in Space is a single album with a dual concept, resulting in Keith's most focused, compelling, and beautifully befuddling set to date. While Keith's interest in pornography, gore, guns, and science fiction don't go unaddressed on Black Elvis/Lost in Space, the real genius arises from the fact that Black Elvis is his most believable character yet. Whereas the rapper's eccentric behavior has often left him looking like hip-hop's Daniel Johnston -- brilliant, but damaged, goods -- Black Elvis single-handedly repositions Keith as a legendary player. Sucker MC's, shady promoters, and sleazy music biz weasels feel the brunt of Keith's nonlinear wordplay and glabrous flow, while the image itself of Black Elvis leaves the ultimate boast almost unsaid.

Confused? Worried Keith's gone the Elvis impersonator route? Doubt he'll show up for his first tour in years? They're all good questions, all addressed (more or less) in this rare, puzzling, and thoroughly esoteric interview with Keith himself.

Austin Chronicle: Within hip-hop, Kool Keith has become synonymous with "crazy." Is there really a fine line between eccentric and crazy?

Kool Keith: Of course. The things I do, a guy doesn't normally do. I have fun with my life. I take pictures; photography is a hobby of mine. I buy sneakers. I wander around. I may have a steak for breakfast, and get some French toast at night. I'm not normally programmed. I'm like a girl everybody's afraid to talk to. But eccentricity makes my day too. I may go buy a bike or BMX just for fun. I try to make my life fun rather than wait for my schedule to come in, like, "This is your robotic standard information for the day."

AC: Part of what's helped label you as crazy and difficult is that you've dropped off major tours at the last minute and missed appearances. And yet you're also critical on your albums of live hip-hop's standard of 10-minute sets.

KK: I'm not a baseball cap guy 24 hours a day. The average guy comes with his baseball cap on and that's that. I come very different. I'm wigged out. It's like seeing me as you look at my album cover.

AC: Okay, but are you giving more than 10-minute live sets? 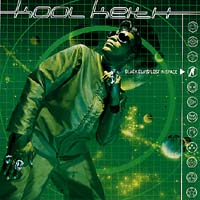 KK: I'm not a 10-minute guy. I never was that type of guy. They pay for the show, they get a show. And I haven't been out on the road to educate people. There's some stuff out there to clean up. I think this is the beginning of my career right now. Now, I'm actually presenting myself musically. I'm coming to be one of those artists that can set his own soundtracks for his music and character.

AC: Outside of your own works, perhaps, aren't the days of the hip-hop renaissance man -- a guy who can collaborate, make indie albums, and jump styles -- over?

KK: A lot of people are taking one highway right now. I'm in the middle lane. I have a weird fan base. It could be a black guy on down to a doctor or a girl, back to a skateboarder or rave kid. I don't care who they are. I'm not making records to say, "Oh yeah, I want the champagne crowd right now." Or, "I want a rock crowd now." Rap is so segregated right now. It's all the same to me. Why the segregation? You look at the magazines now, you see the same thing: baseball cap backwards, baseball cap backwards, a group that looks like Boyz II Men, four girls singing, another Boyz II Men, another En Vogue. It's all so common. You turn the page and see a guy that looks like Elvis Presley or a guy with a bugged-out hat or wig on and it's something different.

AC: Isn't that where people view Kool Keith as threatening?

KK: I think more people are mad at my creativity than like it. I'm eccentric and I think a lot of artists are jealous because I come up with a lot of stuff first. A lot of artists are jealous of each other's professionalism and creativity. I sense that from a lot of rappers. It's like with the watches. They all have Rolexes on, but some are different styles, ranges, and prices. A rock group will wear a regular Rolex, but they have audiences that like them for them. Out here, everybody has different values.

AC: But at the end of the day, the price of a watch has nothing to do with the music.

KK:It's funny, isn't it? A lot of rap now is saying, "This is what I'm making from what I'm doing. What are you doing? How much do you make?" When I look at rappers, the wealth proves nothing. I wear wigs and space caps to mess with that. Is somebody's rap better because their suit is better or they have more houses? What are they saying? I look at other rappers and they're saying a lot of the same things, only I say them clever. I'm eclectic and intelligent.

KK:People have a misconception about what I'm doing. They don't have a clue. Maybe in 2006 they'll be like, "Oh, shit. I knew what he was building up to..." What rapper is running around calling themselves Black Elvis? That's what you gotta think. What rapper even thinks he's close enough to say he's Black Elvis? That's why you have to look at how much energy I put into the music business. To get to this level and have nobody argue means I've done my homework. I started wigs, aka names, and imaging. They took it all from me.

Why can't I just say, "I'm the last man?" I could come out with a baseball cap or doo-rag, but I wouldn't be helping myself. I have to help myself. No other rapper is gonna come out and say, "I took stuff from Kool Keith. He was one of the greatest MC's out. He was legend. He's one of the top rappers I listened to all my life." What rapper is gonna admit that? Everyone is too into themselves. Their publicists tell them not to mention my name even though they took so much from me. They tell them to keep my name quiet and blow themselves out. I have to come out as Black Elvis so people ask "Why?" and I can counteract the false prophets.

KK: Elvis has done the same things I've done. He travels to different cities in his own way. He'd go to Las Vegas, meet the city, and go to the next. His way and eccentric qualities are similar. I feel the same things -- as the highest guy coming into town, not just another rapper coming to town. I'm very much into his status. I can relate. Black Elvis is instant status. Black Elvis doesn't say I have a better Rolex or more houses. Instead, he says, "I'm more of a legend than you are." I project more. No matter how much other rappers prove with materialistic items, I've projected an image that you can't come near. What are you gonna do, Elvis stands by itself. The image blows its own horns.

AC: Prince could have been Black Elvis first. Wasn't he on that path? 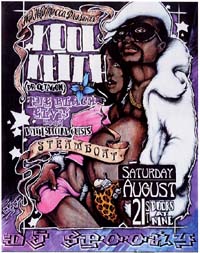 KK: Prince is a creative guy, but he copied a lot of James Brown stuff. Image-wise, I compare myself to Elvis, but I didn't take Elvis' music. That's the difference. Prince slid like James Brown and did splits like James Brown, so he looses points. I didn't go and grab guitars like Elvis. I don't jump around like Elvis. I'm only comparing my status to Elvis, not my style. I compare my legend -- me coming to a city and people greeting me. What I have done is Elvis status, which is bigger than a Rolex. Some rappers need a Mercedes to pull a girl, but Elvis Presley status would be more powerful.

AC: So you can pull the girl without the car because you have the Elvis status?

KK: Yes. It's the Elvis presence. The average rapper has a look, but when I wear that wig people look at me in the street like, "Oh shit! That's cool Kool Keith." It's like when you see Michael Jackson sometimes. You have to break down and say, "Oh, shit! That's Michael over there." Elvis is like that. Very few stars are like that, rap, rock, or country. It's like seeing Garth Brooks. You say, "Oh, shit! It's fuckin' Garth Brooks." Very few meet that standard.

KK:I want to come in like Elvis Presley. I want millions of people to picket -- walking around outside my hotel room window, waiting like the Grateful Dead.

AC: And if not this time, then next?