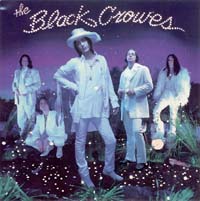 There's been a lot of talk that By Your Side is the Black Crowes' long-anticipated "comeback" or "return to form." And in many ways it is: It's heavy, unyielding, and very, very Shake Your Moneymaker. But that By Your Side is such an unapologetically rock & roll album shouldn't be surprising; Sho' Nuff, the 1998 box set that collected the band's first four albums, proved, if nothing else, that they've been more consistent than their reputation might lead you to believe. In fact, the only bummer in the bunch happens to be their last effort, Three Snakes and One Charm, but even then, revisitation reveals that while it's sketchy and underwritten, it wasn't nearly as psychedelic, Southern, or overwrought as its accompanying tours. Somehow, the Crowes' live reputation for jam-oriented worthlessness has crossed over into their recorded reputation. Which is exactly that type of confusion that ultimately makes By Your Side such a success; in the band's make-or-break desperation to repair their image with a heavier and more straightforward album, the Atlanta institution has yielded their most immediately likable and catchy set of songs to date. Better yet, frontman Chris Robinson's phrasing is sharper than ever and his songwriting is starting to sound more and more like the Black Crowes, and less and less like stolen Stones. Go ahead, call it a comeback, but it's really just a great example of grace under fire. 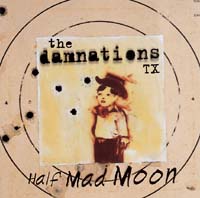 This is a great album. Simple as that. Great songs, great hooks, great harmonies. Great sequencing. Production (with the band) and mixing by John Croslin, a man capturing the best sounds from the best bands in Austin, terrific: clean, crisp, true. You can hear every strum, every pluck of Rob Bernard's banjo -- the taut snap of the snare drum. And yet there's really only one sound on Half Mad Moon, the Damnations TX's major label debut: the sound of two sisters sharing one voice. Though Deborah Kelly and Amy Boone trade lead vocal chores from one song to the next -- Deborah taking a turn, Amy singing the next -- if you're not familiar with which is which, you'll end up hearing just one voice (the liner notes don't differentiate who sings what). Which is probably just as well, given that the sisters' harmonies come together like refrigerator and magnet. It's especially noticeable on the sole tune neither one sings lead on, Bernard's raspy "Finger the Pie." When D&A chime in behind Bernard with "someone's gotta finger the pie," you realize how inextricably linked their voices really are. Comparisons have been made to the Carter Family, and even their modern descendants Freakwater, but really, Deborah and Amy's voices come together in much sweeter harmony. It's beautiful, really. Just beautiful.

On "Got to Find Blind Lemon -- Part One," Geoff Muldaur tells a wistful story of his failed attempt to find and clean Blind Lemon Jefferson's grave. It's not only a good song, it's a fitting image, and Blind Lemon isn't the only ghost Muldaur is chasing on The Secret Handshake, a smart collection of old-style gospel and blues straight from Muldaur's youth. Muldaur's dealing in essentials here, and he does so carefully; his interpretations are traditional without being fusty, coolly crafted without being overwrought. What emerges is a soulful and respectful catalog of American roots and an album that was obviously a labor of love for Muldaur. Still, it fails to ignite. You can't fault the song selection, which is uncommonly strong, or the musicianship, which ranges from the exquisite to the just plain good (and includes a lot of local talent, notably Stephen Bruton), or the production, which is imaginative but not intrusive. What keeps this album from catching fire are the limits of Muldaur's voice, which sounds fine when he keeps it loose ("Wild Ox Moan," "Blind Lemon"), but plays thin when stretched to the gospel heights ("I Believe I'll Go Back Home," "Someday Baby"). Muldaur's voice works often enough to make The Secret Handshake a good album, but not often enough to make it a great one.

Out in front of The Sea and Cake, Sam Prekop is surrounded by an all-star lineup of Chicago's underground music scene in John McEntire, Archer Prewitt, and Eric Claridge. His lighter-than-helium vocals and pensive guitar touch are bolstered by the rolling melodies of his band's songs and anchored by strong percussive accompaniment on vibes and drums. On his first solo effort, Prekop's support is no less strong or noteworthy, including both Prewitt and McEntire, but the momentum is reigned in, the touch a little lighter. The album is built on soft restraint, as bossa nova rhythms and Prekop's airy, angelic voice merge on the opening track "Showrooms" and blend imperceptibly into the next song and the next, and on and on through slow and tender songs flavored with violin and cornet to a number of beautiful instrumentals made of piano and guitar. McEntire's production work (which he also does for another of his own bands, Tortoise) is apparent on more experimental and meandering numbers like "Faces and People" and "So Shy" (the only song that sounds like The Sea and Cake), but as evidenced in the latter of the two, the real beauty of Sam Prekop's music lies in his voice, his guitar, and the delicate mood they create together. 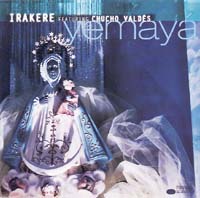 Founded about 25 years ago, Cuba's Irakere may be better than ever. Listening to this band seamlessly blend elements from U.S. music into their hybrid style, one would never know there was a communication break between the two nations. The jazz component seems at least as important in the band's music as the Afro-Cuban. "La Explosion," for example, is based on the chord progression of "Love for Sale," while the R&B-styled "San Francisco" is a prime example of Latin funk. The title tune, on the other hand, has been touched by Yoruba concepts. There's terrific solo work throughout the album, and composer/pianist Chucho Valdez is phenomenal, sometimes playing extremely long, complex phrases at incredible speed. His style has roots in many places, e.g. the work of his father, Bebo Valdez, a man who fused Cuban and jazz styles around 1950, and McCoy Tyner, but he's been his own man for years. Trumpeter Mario Fernandez solos impressively, drawing on Lee Morgan and Freddie Hubbard, and both alto saxophonist Cesar Lopez and tenorman Alfredo Thompson, technically accomplished, inventive players, also exhibit the influence of Sixties jazzmen. Guitarist Carlos Emilio Morales demonstrates his brilliance and versatility here: His work on "La Explosion" has a post-boppish quality, but on "Son Montuno" he demonstrates that he's listened to rock guitarists. The Cuban musical scene is one of the most exciting in the world today; it's a shame we don't have more access to it.