On the Bus Again with Willie Nelson

there'd be days like these. She never said that 12 years of professional rock journalism wouldn't be enough preparation for this spectacle: sitting in the driver's seat of the sort of deluxe tour bus strictly reserved for Nashville's royalty, waiting to do an interview, watching a near-Beatlemania crush of humanity outside on Sixth Street. Watching an audience waiting for at least a glimpse of the bus' cargo, 63-year-old Willie Hugh Nelson, son of Ira and Myrtle, native son of Abbott, Texas.

And the mob scene just a windshield away is nothing compared to the one that could be seen inside the Hang 'Em High Saloon, where Nelson had minutes earlier completed a set that was his usual updated and expanded version of Willie and Family Live, right down to the traditional fanfare of "Whiskey River" into "Stay a Little Longer" into his And-Then-I-Wrote medley of Nashville songmill standards a la "Crazy" and "Funny How Time Slips Away." So intense was that crush, that the cabbie taking me home would grouse about he and his wife sitting inside Hang 'Em High for several hours before the concert and getting pushed out into the melée once Nelson and Family took the stage some five-odd hours later, never to reclaim their seats.

Outside, part of that melée, young nubile women flirting hard with stony security, are hoping to god for a chance to share their dangerous charms with a man old enough to be their father twice over. Inside the bus, Nelson does have a visitor: Bruce Springsteen, in town to play a show of his own. He's come by with Joe Ely to pay his respects. The only sane reaction to this whole scene has to be, "What in Christendom's name was Columbia Records thinking, dropping any artist who can inspire this?"

What, indeed. Nashville's none too kind to its veteran artists these days. To listen to modern country radio is to believe the music's history started with "Achy Breaky Heart." Eighteen years' worth of remarkable songs, adventurous records, and music governed by nothing but sheer artistry that somehow manages to play with the masses... all that apparently means nil to Columbia, outside of a three-disc box set. Maybe radio is too preoccupied with hat acts to give Nelson some play, but surely anyone who can inspire such rampant Williemania can still sell records.

"You would think so," muses Willie Nelson, a man remarkably unaffected by 18 years of scenes like the one above. "You would hope that they would think that," he laughs. "But in reality, maybe they wouldn't. Maybe they still don't get it.

"But it's a fad, it's a phase," he reasons, graciously pouring another cup of strong black coffee for himself and his visitor. "It's... something that will pass. The good artists will survive, and the soundalikes... Somebody said the other day that country music, nowadays, sounds a lot like bad rock & roll." He laughs.

It sounds like the Eagles, a band that ruined rock & roll in the Seventies and is now ruining country music in the Nineties.

"A lot of it does sound like the Eagles," agrees Nelson. "But it's hard to water it down. It won't water down. Once you start watering a little bit, it's so obvious: to me, to you, to most people out there. But there's some point or other, I think, where if you water it down just enough, spread it out into each market, you might tag a few of these and tag a few of those, or you might fool some of the new folks coming in and tell 'em, `This is country music.' But when they come out tonight or whenever, they know better. They know what they like. They might not be able to hear it on this station, but they can hear it across the street at this other station."

Or they could go to Emo's. It's getting to where the best place for country legends to find some appreciation is the alternative rock scene. (Neighbor, can ya say "Johnny Cash?" I think ya can.) The honesty and spirit of the music appears to resonate with that crowd. And Willie Nelson cuts as punk rock a figure as anyone: the man has continually followed no master save for his own creativity and imagination, told any record company or anyone else who advised him to do otherwise to kindly go fuck themselves, and has been (oddly) commercially rewarded for doing so. Therefore, it makes total sense that Justice Records, the Houston indie that has released the most recent Willie Nelson records, has put together Twisted Willie, a collection of the man's stuff interpreted by several punk and grunge icons.

"I like the idea that it's happening," Willie says of the tribute record. "I like [the] idea that the young kids are into my music. It's flattering." He admits he hadn't heard much alternative music before hearing the record. "I'd heard some of the names of the bands, but as far as hearing them, I've never had an opportunity to. Now that I've heard 'em, they're bands that I'd go see. I'd go see the Supersuckers. I'd go see L7 or the Reverend Horton Heat. There's some good entertainers there."

"Why's Willie suddenly a hit with grunge bands and punkers?" a friend asked as we sat around his living room one night, giving Twisted Willie a listen. I replied that it probably wasn't an instant phenomenon. The selection of tunes is too much the work of a batch of connoisseurs: not just classics like "Time of the Preacher" (sung by Johnny Cash, backed by a band consisting of folks from Nirvana, Soundgarden, and Alice in Chains), "Shotgun Willie" (Tenderloin) or "I Gotta Get Drunk" (Gas Huffer), but ultraobscurities like "Three Days" (by L7 receiving an assist from Waylon Jennings) and "Hotel Motel" (X). There's such an innate familiarity with the guy's work present on Twisted Willie that Nelson's music had to be a daily fact of household life among these musicians in their youth.

Nelson agrees. "That's the only thing that I can figure out. They must have heard them a long time ago. Most of the songs -- all of 'em! -- are obscure songs that you just don't turn on the radio and hear. None of 'em really got a lot of airplay. `Sad Songs and Waltzes' (rendered by Jesse Dayton) is from the time I was living in Nashville, and sad songs and waltzes just weren't selling that year!" He grins.

"But I don't know where they heard some of these songs. Some of 'em, like `Bloody Mary Morning,' I do every night in my show. The Supersuckers, I know where they got that one. That song, `I've Seen All This World I Care To See' (Jerry Cantrell)? Where in the world did they find that one? I don't think that I ever recorded it, unless there's an old demo of it or something somewhere."

Which isn't to say old demos are where Nelson's music is currently residing. In point of fact, Nelson has just signed a three-album deal with Island Records. And true to form, he already has two records in the can, with a third in progress. There's a fairly straight CD's worth of music, titled Spirit, on the way, some of which was previewed at Hang 'Em High (including a title track featuring a long, flamenco-tinged intro). Hot on its heels is...

"It was [producer] Don Was' idea," Nelson explains as he reaches for his bus' sound system and punches in a cassette. What comes out is heavy, deep, classic, late-Seventies-style reggae, backing Nelson's unmistakable tenor sax-like vocals and the Django-toned bark of his battered classical guitar, Trigger. The versions of Jimmy Cliff's "Many Rivers to Cross" and "The Harder They Come" that are previewed are easily solid enough that the man should consider releasing a companion dub version of the record.

Also in progress is an electric blues record, featuring the talents of Austin's finer blues players, including George Rains, Derek O'Brien, and Jon Blondell. "Actually," remarks Nelson as we listen to a crying, B.B.-like track from that project, "Island wants the third album to be a best-of or something, where I go back and redo all the old stuff. But since I have this blues album, I might try to talk them into putting that one out, instead. We can always go back and do a best-of!"

Nelson envisions the latter album as having new versions of all the old faves like "Blue Eyes Crying in the Rain," "On the Road Again," and the like, plus true and ancient artifacts like "Crazy," "Night Life," and "Funny How Time Slips Away." The record could work in ways such records rarely work, considering how Nelson continually reinterprets even his own material, all but sticking to the recorded arrangement. "That's mainly because I can't remember how it goes!" he jokes.

That's a nice way to live your life: free to work with people you admire, free to work in ways that feel good to yourself, free from having to work for the marketplace. You have to wonder if Nelson will cut the 3,998,413th version of "Got My Mojo Workin'" for his blues record, as the man appears to have had a mojo working on his behalf since "Hello, Walls." And that mojo's made him impervious to the tax men, to Columbia Records, to sinking commercial prospects, to writer's block, and artistic bankruptcy. (Although, by all reports, it hasn't improved his golf game any.)

It also must have granted him the strength to remain realistic and centered enough to withstand mob scenes rocking his plush Country and Western Legend Tour Bus on Sixth Street in our town or any other. And Williemania's only a tenth as maniacal as the insanity that surrounded less hardy souls like Elvis Presley. Maybe Willie Nelson can earn a little extra pocket change loaning little pieces of that mojo to upstart legends in the making and help reduce the world's tragedy quotient. I know a few folks who could use some of that mojo now. n 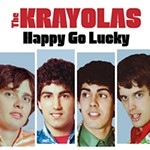