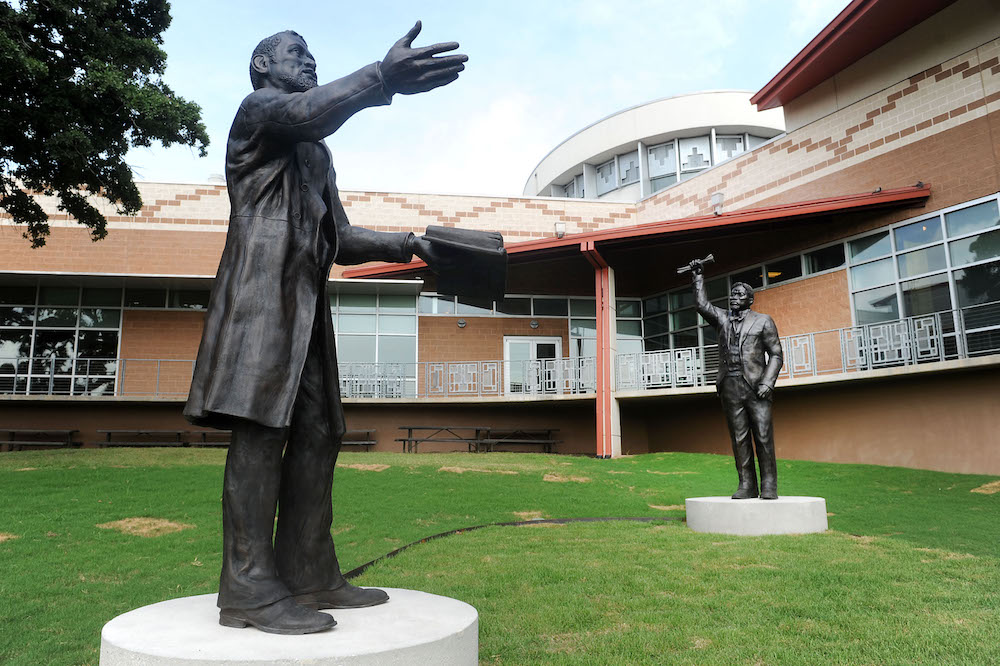 The Carver complex centers around the old Carver Library, the first library for residents of color in Austin. The original 1926 city library building – which was moved to the Eastside and opened to blacks in 1933 – still serves the neighborhood, but since 2005, it's been flanked by the 36,000-square-foot center, which includes four art galleries, the 134-seat Boyd Vance Theatre, a dance studio, a photo lab and darkroom, a conference room, offices, classroom, archive space, and museum store. The library itself was expanded to more than 15,000 square feet, with computers, meeting and study rooms, gallery space, and a youth library area. Hard-won, deeply earned, and aesthetically sumptuous, the Carver Complex is the new heart of East Austin.
Expand Map
Collapse Map

Perseverance: Works Inspired By the Word

Juneteenth: A Celebration of Freedom

The Carver is the first museum in the nation to feature a permanent exhibit honoring Juneteenth. Up all year round, the museum's core exhibit is dedicated to the history and evolution of Juneteenth, told through a combination of visual and interactive activities. Mon.-Fri., 10am-4pm. Free.
TODAY'S EVENTS