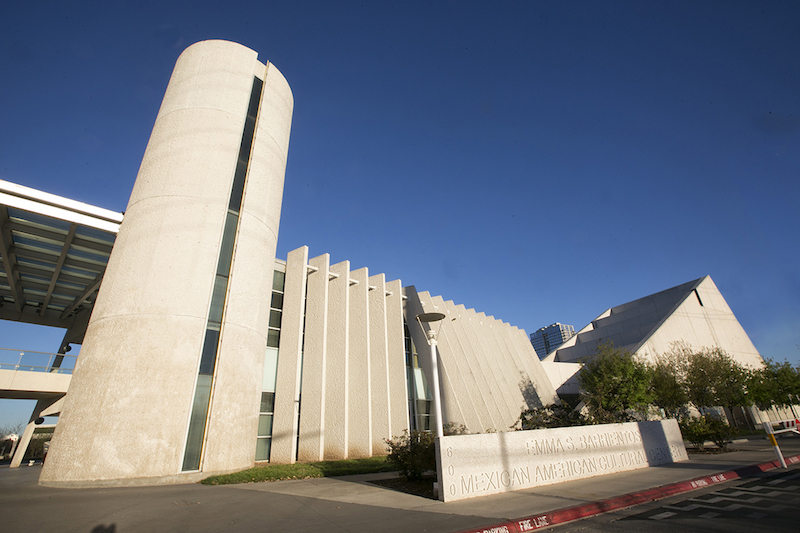 The result of 30 years' worth of civic lobbying, feasibility studies, task forces, and two bond elections, the Emma S. Barrientos Mexican American Cultural Center is a monument to determination and perseverance as well as a site where Austin's Mexican-American and Latinx heritage is always on display. Clean, curvaceous, and modern, the MACC is one of the most architecturally distinctive cultural spaces in the city: a bold, sweeping semicircle of white stone cradling a wide green lawn on the banks of Lady Bird Lake. Inside the great white building are an auditorium/black box theatre which regularly features plays by Teatro Vivo and Proyecto Teatro, a performance studio, two art galleries, and numerous classrooms and community spaces.
Expand Map
Collapse Map