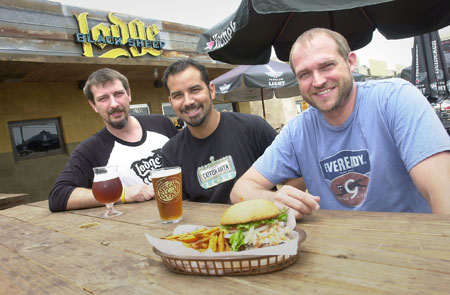 Serves everything from sliders to carnitas, and TVs abound. So do the beer choices, with 20 on tap and more than 50 by the bottle. Try the portobello cheesesteak if you have room after the cheese curds and fried pickles.
Expand Map
Collapse Map

Black Sheep Lodge is still pulling in a crowd every night, despite the fact that the liquor license has arrived, so you now have to pay for your drinks

This South Austin iteration of a British-themed pub franchise veers slightly askew of its Northside cousin. Though cover bands dominate the calendar Thursday through Sunday, Baker St. occasionally presents original local bands like Pong, Roxy Roca, and the aptly named South Austin Moonlighters. Parking is dicier here than up north, but the patio doesn’t face a freeway. Otherwise, you get a full bar, 23 beers on tap, and a lengthy menu covering everything from Baja tacos to bangers and mash. Happy hour runs until 9pm and all day Sunday.