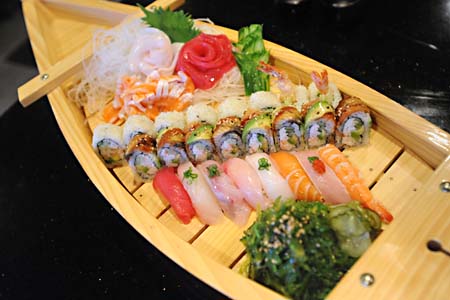 Sushi is prominent here, but other simple Japanese dishes such as udon noodles, teriyaki, donburi, and katsu are also on the menu, along with a small selection of Korean dishes.
Expand Map
Collapse Map

On Mondays, this sushi joint adds karaoke for those 21 and older, which gives you some idea of the party put on nightly by chef DK Lee. The menu features both Korean and Japanese favorites.

Specialties of the house include sukiyaki, tempura, teriyaki, teppanyaki, udon noodles, and soba. The menu also features some interesting salads.