pdf
ON THE COVER:
Bigger Than Me: The Musical Journey of BLK ODYSSY
WE HAVE AN ISSUE:
Two Questions Inspired by BLK ODYSSY

Austin ISD Leans in to Win Back Families, Boost Enrollment

Austin at Large: Be of Good Cheer, Be Not Afraid

When venomous fear becomes a weapon, we ourselves can become the antidote

A budget is born

And then there were two

Austin ISD Mandates Masks for Back to School

Change of Plans Provides a New Home for the Unhoused 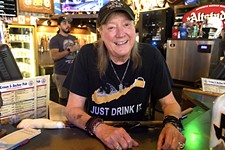 At Age 69, Veteran Barkeep Wisecracks His Place Into Local Legend

Bigger Than Me: The Musical Journey of BLK ODYSSY

Faster Than Sound: Delta Variant Leaves Venues Between a Rock and the Governor's Orders

The latest on music hubs, festivals, and relief funding

Buffalo Nichols, Stephanie Bergara, and the Hickoids soundtrack our week in local sound

Colonial ambitions implode in this brutal recounting of Dutch folly 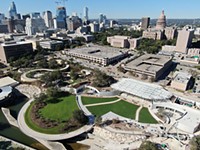 It was 10 years in the remaking, but finally the Waterloo redo is ready for you 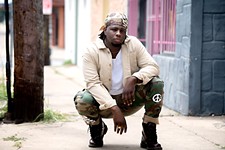 We Have an Issue: Two Questions Inspired by BLK ODYSSY

Opinion: The Task for UT Staff and Faculty This Fall

Yes, Pride's cancellation is sad. But it brings us one step closer to a post-pandemic future.

The Luv Doc: The Millennial Sip

A message from one of Bill Gates' roughly 1.18 billion involuntary stenographers 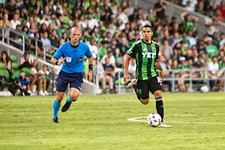 How El Tree can still make its playoff mission a reality