pdf
ON THE COVER:
Austin Looks for Routes Out of Its Homelessness Crisis
WE HAVE AN ISSUE:
Where Do We Go From Here?

Austin Looks for Routes Out of Its Homelessness Crisis

Under pressure, the city experiments with fast and sustainable strategies

The 2022 primaries are months away, but these Travis County commissioners are already drawing competition in their reelection bids

Voting Rights, Other GOP-Aligned Measures Back in the Crosshairs for Special Session

More red meat as Abbott puts the Lege into overtime

The G'Raj Is Closed, Micklethwait Does Tacos, Sazan Ramen Sizzles, and What's Cooking at 1417?

All the news that's fit to get your taste buds tingling

The Flatlanders Create a Defining Album During Their Pandemic Pause

The Austin film and TV scene has come back strong, but can that return be sustained?

“It kind of made me love my job again.”

"It was a little weird to mask up and get a COVID test to be in my own house."

"We're definitely never going to be the same as we were before."

"Next thing I know, we had six films in post."

"We are just so happy we're still around."

"I am extremely anxious to get back into it."

"People ... were not very conscious of their own personal hygiene and that's changed tremendously."

"No restaurants, no bars. If you were seen out, you were considered fired."

"We're on the verge of a social experiment of going back into the office."

"When there's nothing to do, you figure out what you really want to do with your life."

Josee, the Tiger and the Fish

The Stranger by the Shore

A Portrait of My Mother staged by Jarrott Productions, depicts maternal perseverance in loving strokes 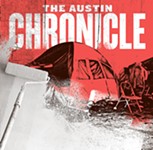 We Have an Issue: Where Do We Go From Here?

In this week’s issue, Austin Sanders explores the city’s next steps to address the homelessness crisis

Qmmunity: Fear, but Make It Queer

Make a wish at the oldest living thing in Texas 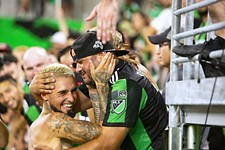