pdf
ON THE COVER:
hellsite.austin.gov
WE HAVE AN ISSUE:
What’s Your Function? Everything needs to be online now. Austin is a world-renowned tech capital. Why can’t the city get it right?

Austin at Large: You Can Handle the Truth

Austin's local news, like its rock & roll, need never die, if we do our jobs right

Public Notice: Wealth, and How to Grow It

The rich are accumulating astounding wealth, while paying shockingly little in taxes

As COVID-19 case counts drop and vaccination rates rise, the district looks to the fall

New COVID Milestones, but the Same Message: Get Vaccinated

Austin Public Health reflections on the road to herd immunity 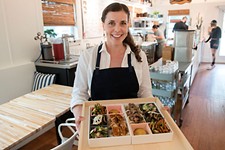 Bento Picnic: Everything in Its Right Place

Faster Than Sound: The Spiritual Side of Quentin Arispe

For its online Season 10, the fest does what it does best, virtually

10 nights of TV from the fest's 10th (and virtual) season

Back to the Screens for the Lake Travis Film Festival

The Conjuring: The Devil Made Me Do It

The Warrens are back at it again ...

Historical football drama can't get past first down Overlooked, Overheard Lets Us Hear the Sound of the City's Money Being Spent

"Elements of Expression" at ICOSA Gallery We Have an Issue: What’s Your Function?

This sweet superstore is the bee's knees 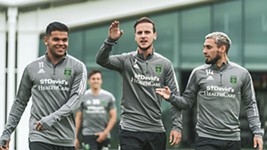 How the Verde squad is settling into Austin