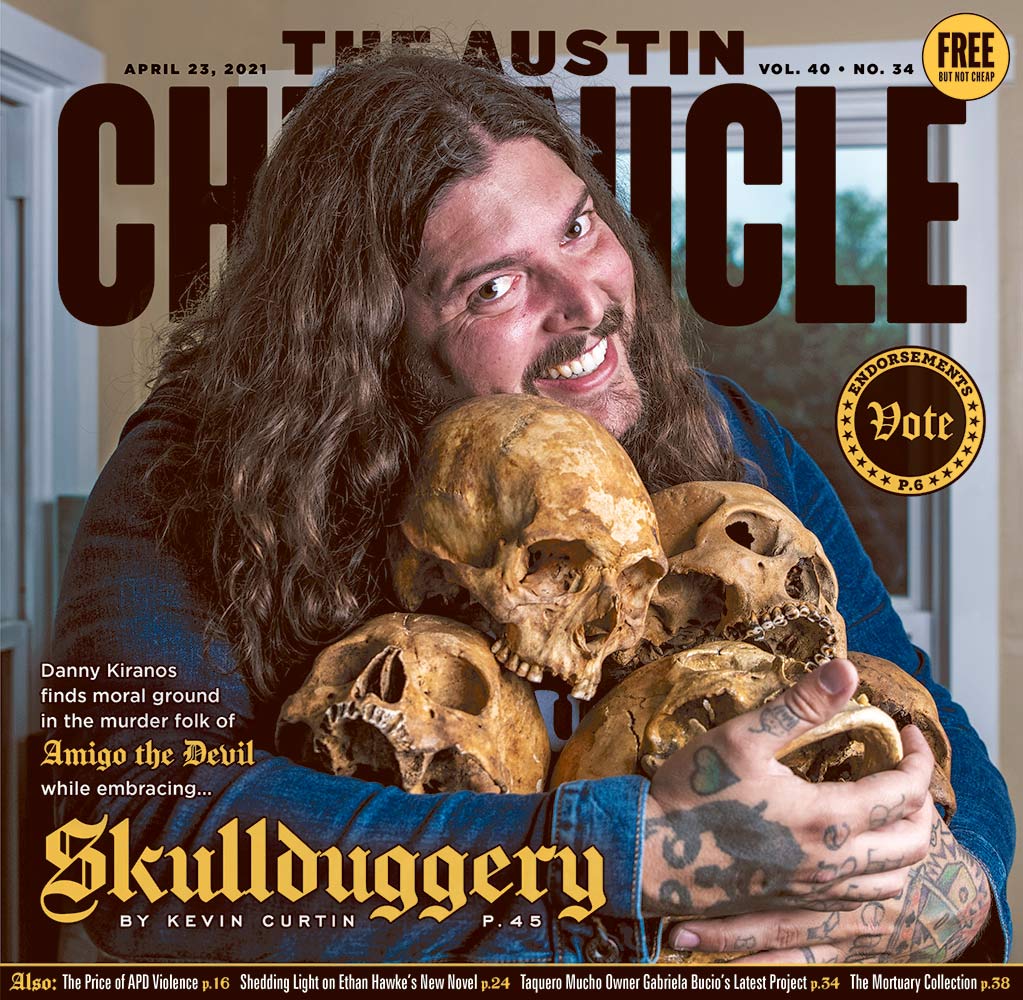 e-edition   |   pdf
ON THE COVER:
Danny Kiranos Finds Moral Ground in the Murder Folk of Amigo the Devil
WE HAVE AN ISSUE:
Another Day of Gun Violence in America

Yet Another Reason to Oppose Police Violence: It's Costing Us Millions of Dollars

Money for victims, perpetrators, and alternatives all comes from the same place

Austin at Large: More Than We Could Imagine

At an unexpectedly delicate moment, Austinites can flip the script on public safety

“Policing is not entertainment.”

After Years Sheltered From ICE by Local Churches, Immigrants Get Reprieve

Trio of refugees granted stays of removal for the next year

South By Southwest Has a New Investor

Asian American communities gather together and refuse to be silenced

The road to rehabilitation begins at Austin Bat Refuge 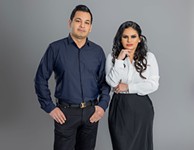 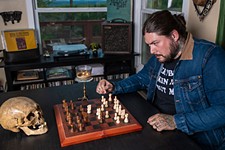 Open the Crypt Door to The Mortuary Collection

Congolese victims of war finally get their chance for redress

The UK makes an entry in the "absurd jingoistic action" sweepstakes

Occult horror will hold you in its dark, subtle spell

Shoplifters of the World

"A Wished for and Welcome Guest" at Co-Lab Projects

The gallery has a new home, where it aims to make you feel like "A Wished for and Welcome Guest"

We Have an Issue: Another Day of Gun Violence in America

Do gun owners honestly think we don't have a problem here?

Arizona observatory is steeped in history

The Luv Doc: Passed Over

Good shit is going to happen to other people 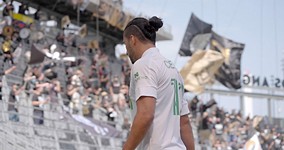 The Verde Report: Oh, You Thought This Would Be Easy?

Looking back at game 1, as game 2 approaches 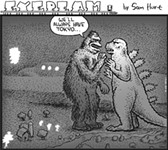