pdf
ON THE COVER:
How to “Attend” SXSW Online
WE HAVE AN ISSUE:
Couch by Couchwest

How to “Attend” SXSW Online

Want to Strike? Ask a Sex Worker for Advice.

Across platforms, she's taking on sports, politics, and pop culture

Baratunde Thurston on Staying Civically Engaged During a Pandemic

The activist-comedian comes to SXSW Online with some tips

Austin at Large: In Control, but Not In Charge

Amid the ruins of the Texas power grid, following two different paths to failure

Plus: More Hancock! And fewer teachers?

Council Recap: A Not-Just-Symbolic Promise to Lift Up Black Austin

Apologies and remedies for a long legacy of oppression

House Makes Its First Post-Freeze Moves to Fix the Grid

Who's got the power? 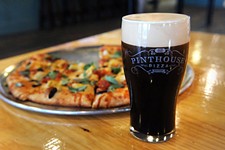 Mixtape of Austin Bevs for a Virtual SXSW

Check out these al fresco spots, if you're comfortable

BY RACHEL RASCOE AND DOUG FREEMAN

A Speed Dating Sampler of All 69 Virtual SXSW Music Showcases

The sun always shines on TV

Artist, industry, and local representatives break down the fest

Kier-La Janisse searches for the origins of a genre

Turns out he was supposed to be here today

Horror-Drama Jakob's Wife Takes a Look Inside a Tortured Marriage

New Documentary About WeWork Debunks the Messianic Streak in Startups

BY RACHEL RASCOE AND DOUG FREEMAN

Editorial intern Shane Pfender makes it through the cold

The Russos pull the threads between addiction and PTSD

Nightmare horror is the wrong kind of creepy

Opiate addiction drama is too obvious and scattershot

Groucho lives in this filming of Ferrante's one man show

If you like it, then you better put a stamp on it

Conspirare's Quarantine Madrigals Creates a Choir of One 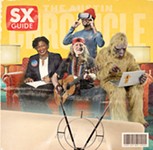 We Have an Issue: Couch by Couchwest

Opinion: Electric School Buses Are a Win for Kids’ Health, the Environment, and Our Community

There's no safe level of exposure to diesel fumes for children, and yet our kids spend hours each week breathing fumes on diesel buses

The Luv Doc: Sleepless in Springdale

The problem with neighbors is that some of them are unneighborly 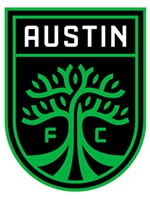