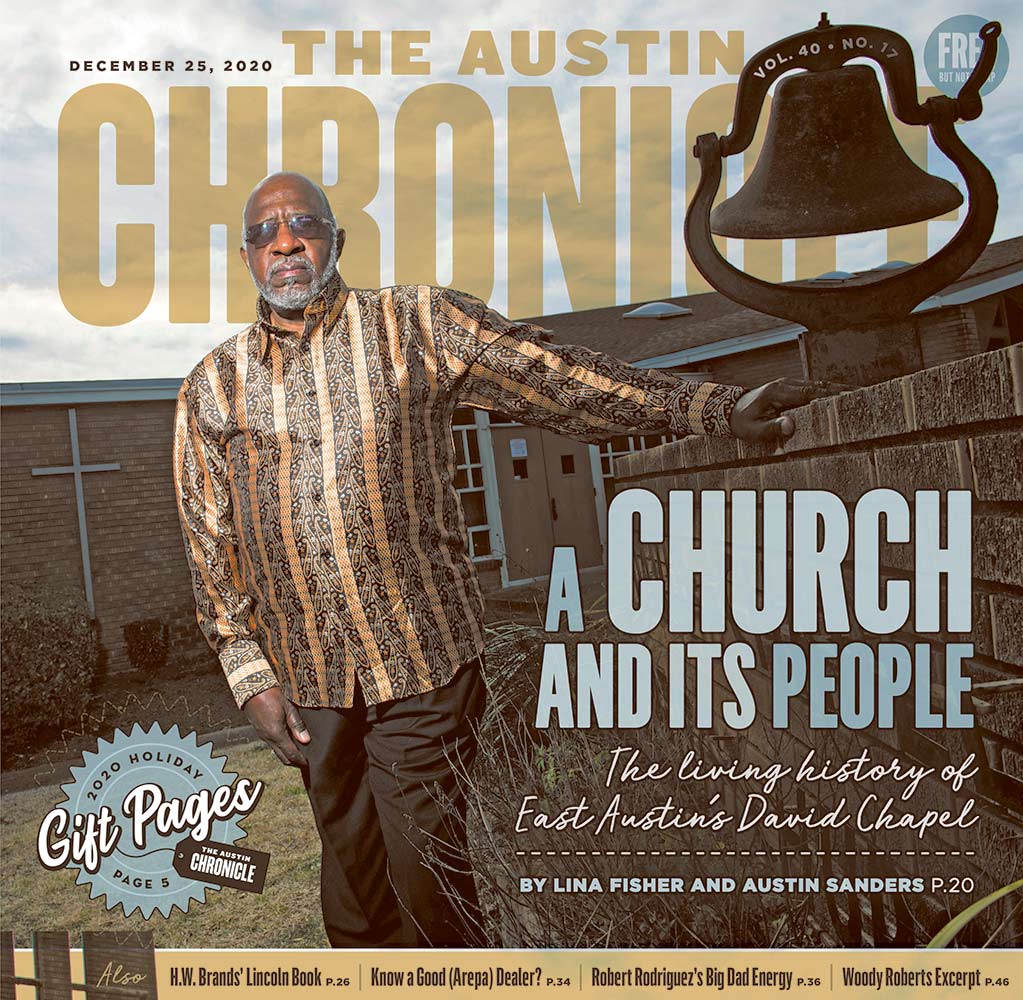 pdf
ON THE COVER:
A Church and Its People on Austin's Eastside
news 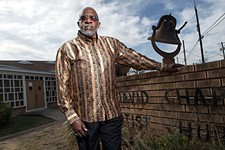 A Church and Its People on Austin's Eastside

The living history of David Chapel

BY LINA FISHER AND AUSTIN SANDERS

Austin at Large: Carnival of the MAGAnimals

What’s the one thing missing from Steve Adler’s resumé?

A Path Toward Permanent Housing in North Austin

At Coconut Club's all-day cafe the heart is an arepa

Shakeup at Comedor After High-Profile Chef Out

For One Austinite When the Pandemic Closed the Border, Uzbekistan Rolled Out the Welcome Mat

Samurice entrepreneur Kenta Asazu will even deliver your order by bicycle

Dinner parties, farmer's markets, beer, wine, and more for the week of December 23, 2020

I've only ever experienced Texas music under the independent reigns of Graham Williams. I didn't know how lucky I was. 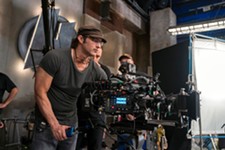 Robert Rodriguez Brings Big Dad Energy to We Can Be Heroes

Celebration of experimentation does some experimenting of its own

Unfurling the murder of Jamal Khashoggi, and the rot at the heart of Saudi Arabia

Not everything that happens in Vegas ...

News of the World

The Zealot and the Emancipator by H.W. Brands

This history by the UT professor offers a new look at John Brown and Abraham Lincoln: side by side

Review: The Nutcracker: Home for the Holidays

Opinion: Drug Use Is the Reality for Millions. There Are Ways to Make It Safer.

The best way to spread queer cheer is giving thanks, supporting QTs who keep Austin queer

The Luv Doc: An Established Tradition

It's really hard to stab someone to death with an icicle 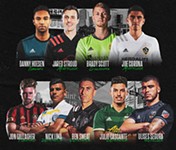