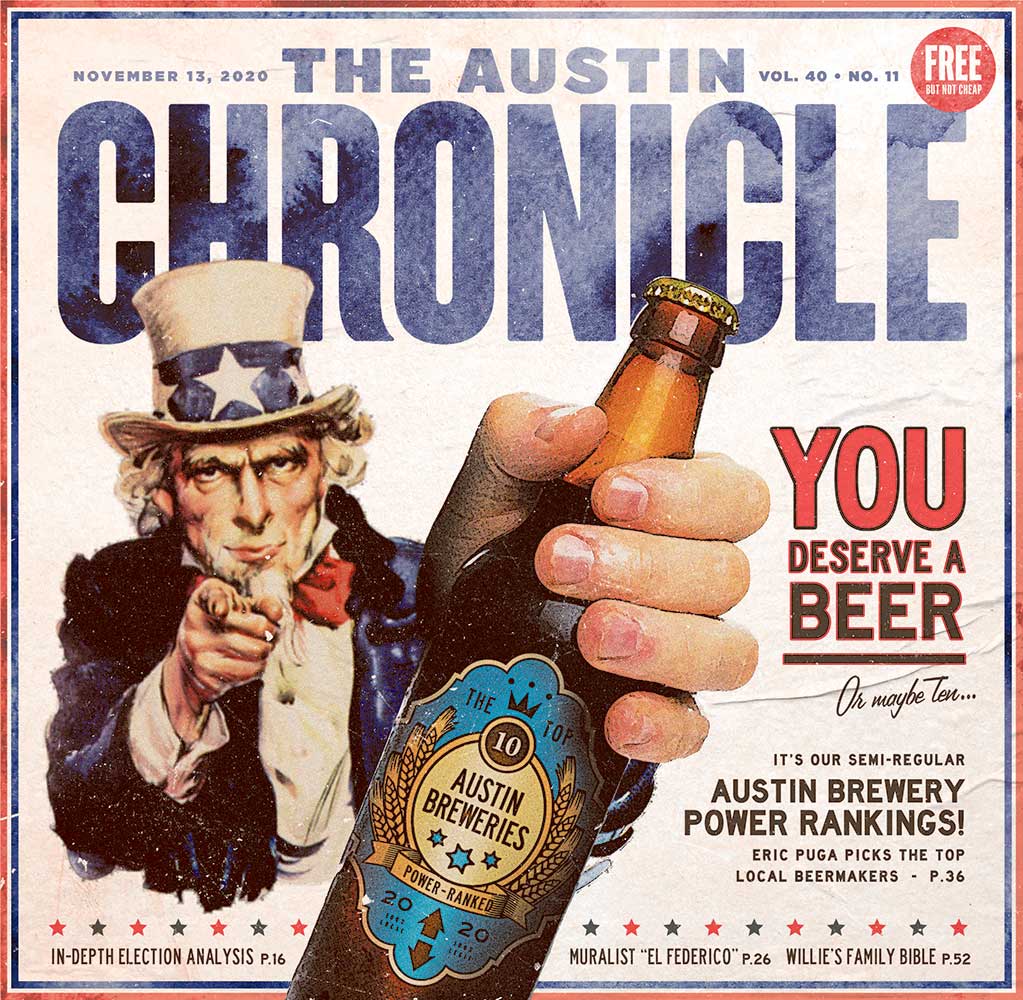 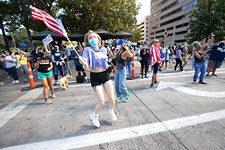 The best news came last in the longest election ever

Will the GOP Return to City Hall?

Record Number of Votes Were Cast in AISD Board Races. The Run-Offs Will Be a Different Story.

Taking a Dive Into the Travis County Election Numbers

The biggest blueberry ever!

Austin at Large: New Voters for a New Texas?

Back to business at City Hall

Where have all the students gone?

WTF are they doing?

Plus opportunities to give, receive help in November

BY KATHERINE MCNEVINS AND BETH SULLIVAN 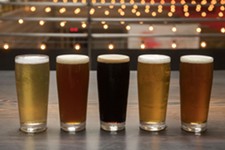 Dinner parties, farmers' markets, beer, wine, and more for the week of November 12, 2020

An Excerpt From Willie Nelson and Sister Bobbie's New Book

A new family bible Me and Sister Bobbie finds the Nelson siblings moving to Austin and making Shotgun Willie.

Faster Than Sound: The Musicians at the Center of UT's "Eyes of Texas" Debacle 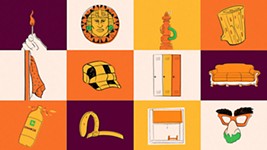 New Documentary The Orange Years: The Nickelodeon Story Tunes in to the Channel That Changed TV

Season's beatings with Gibson and Goggins in bloody Santa story

Overstuffed indie horror is like watching an OSHA violation

Guess who's coming to dinner in this macabre comedy

Norwegian attempt to reclaim old myths from Marvel is Brightburn 2.0

Where to find Federico Archuleta's murals around town

Caste: The Origins of Our Discontents by Isabel Wilkerson

In her second book, the author of The Warmth of Other Suns examines and breaks down the unacknowledged social structure baked into our country 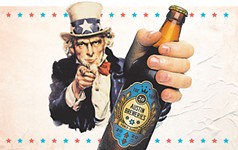 We Have an Issue: Drink It In

Fort with a view

The Luv Doc: A Lot of Work to Do

A First Look Inside McKalla Place 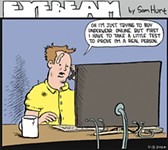