pdf
ON THE COVER:
Drinks Issue 2020
WE HAVE AN ISSUE:
Welcome to the Drinks Issue

City Council and the city manager try to move away from policing, but is it enough?

A Budget Forged in Crisis Looks Toward Long-Term Opportunities

In his first sit-down interview with the Chronicle, Austin's CM discusses public safety, the budget, and next steps

As Council Campaigns Begin, the Cash Rolls In

Off to the races!

Politicians, activists revel and reckon with the 19th Amendment

Will "Save Austin Now" make it to the ballot?

It's a weird year, but we still have to drink something

Stephen Oliver does his tap dance

Locals winemakers go back to the earth

Local Coffee Subscriptions to Keep You Humming Along

Another way to to get that needed caffeine: by mail

Support Fair Wages and Your Digestion With Mayawell's Tonic

Jeany's Ginger Elixir Is "The Caribbean in a Bottle" 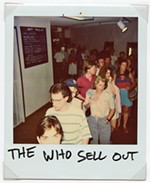 In 1990, Austin Audiences Watched Slacker... and Saw Themselves

From the Archives: Linklater on Linklater

Our 1991 self-interview by the Slacker filmmaker

Intimate, semi-improvised last night at a dive bar sees delight in the dregs

The realities of depression meets the trap of reincarnation

Helmut Newton: The Bad and the Beautiful

The fashion photographer's contradictions, from the glamazons who knew him

Max Reload and the Nether Blasters

A Lagniappe About Mary Trump’s Book

R.U. Steinberg recalls a childhood in the distant orbit of "the world's most dangerous man" 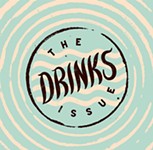 Who needs a drink?

Qmmunity: What a Weekend for Austin Drag and Cabaret

The allure of Stonehenge comes to Texas

The Luv Doc: The Man Bar 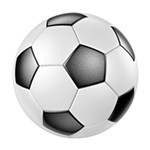