pdf
ON THE COVER:
Health Care Needs Your Help to Slow COVID-19’s Spread
WE HAVE AN ISSUE:
Hang In There 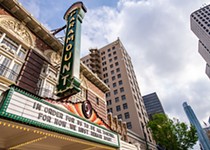 Austin Hunkers Down and Waits as the Pandemic Grows

The most at risk

BY MARY TUMA AND BRANT BINGAMON

Where are they supposed to go? 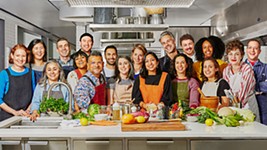 BY JESSI CAPE AND LINA FISHER

The Faces Behind Your Restaurants and Bars 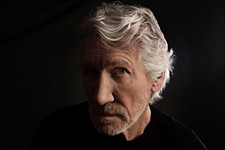 Pink Floyd's Roger Waters Gets Political With the Chronicle

He should be a prime-time news analyst. Televisions would melt.

The night everything cancelled in the capitol

Dispatches from the week the music died

What we’re watching and listening to

Livestreaming in the Age of Quarantine

Live From the Texas Film Awards

The party went on with remote tributes and hip bumps

Coronavirus and Cinemas: Who's Open, Who's Closed, and What We're Doing

As most cinemas close, we’ll still be here for audiences and filmmakers 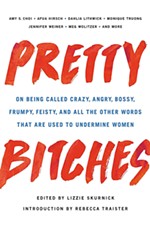 Lizzie Skurnick on the Language Used Against Women

What women are doing to reclaim their power

The Persistence of Vision Podcast Books Your Life Up Right

This world premiere from a brand-new company lacks polish, but it does honor its community’s stories

We Have an Issue: Hang In There

Reminding ourselves of our resiliency in difficult times