pdf
ON THE COVER:
Another Sea Change Year at the Austin Music Awards
WE HAVE AN ISSUE:
Wash Your Damn Hands

The votes are in!

SXSW EDU on a Budget

SXSWedu's free expo caters to a diverse crowd with a variety of activities, interactive exhibits

University of Texas Pledges a Harder Line on Sexual Misconduct

UT Pres Fenves: "If a faculty or staff member commits these acts, the consequences will be clear"

More Money, More Options for I-35 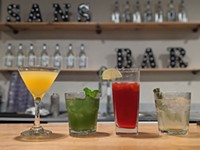 The Bistro at Lark & Owl Bookstore Is Making Georgetown Cooler, One Beer and Book at a Time

Another Sea Change Year at the Austin Music Awards

So much so that even we don't know what to expect!

An Intergenerational Vision for the Austin Music Awards

From Dirty Sixth to the Texas Film Awards

Whether it's Barbie commercials or Booksmart, Kaitlyn Dever is a true rising star

Do you really know who you married? Especially if they’re a vessel for evil forces.

Irish supernatural comedy is a cracker

All the steps before that last waltz

New Exhibit at the Blanton Will Have You Feeling the Bern

This site-specific staging immerses its small audiences in Ibsen's bleak, tragic world via an Austin home

Hezada! I Miss You by Erin Pringle

Erin Pringle's debut novel is a circus of grief 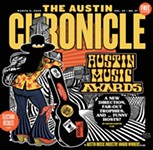 We Have an Issue: Wash Your Damn Hands

Emma Bribiescas Mancha-Sumners lost her niece in a homicide last year. She believes stronger gun laws could have saved her niece’s life.

The Luv Doc: Wash Your Hands