pdf
ON THE COVER:
Causing Trouble as We Smiled: A Dusty Story
news

City Hall Gets Better at the Basic Business of Budgeting

A look inside the Land Development Code revision progress

The city’s “Palm District” vs. the county’s Expo Center

A quiet summer gives way to a deadly fall

The volunteer-run organization delivers messages of care and community 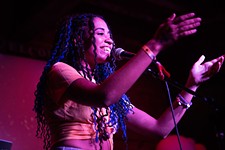 Turn Off the News (Build a Garden)

Cate Blanchett's character is the opposite of Frank Lloyd Wright, but no less complicated

One in a Crowd: Kind of Blue

The birds are back, with an added subversive twist

Blinded by the Light

Dora and the Lost City of Gold

Tweens up to no good? Yeah, it's a Rogen/Hill joint

Folk-horror finds terror in the remoteness of pre-industrial Wales

Scary Stories to Tell in the Dark

Causing Trouble as We Smiled: A Dusty Story

In this documentary play, seven women from around the world tell stories that are tragically familiar 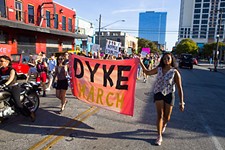 Qmmunity: Queers Who Inspire Us

Plus trans-centric theatre, queer comedy, and the return of aGLIFF 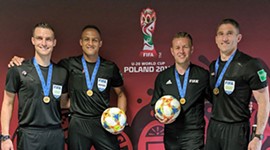