e-edition   |   pdf
ON THE COVER:
How Austin Is Tackling Homelessness on the Street and at City Hall
news

More shelters, more beds, and more fights about ordinances ahead

Can the Dems find (and fund) the candidate to beat Cornyn?

“Our Parks, Our Future” charts course through 2028

Travis County Leaders Give Themselves Raises

Uncovering the Mysteries of Austin’s Speakeasies and Secret Bars

Comic Book Cookbook Shows You How to Make Perfect Ramen 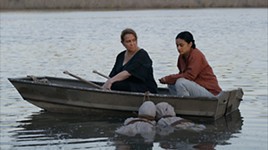 On the shores of the border with filmmaker Sara Selig­man

We Have a Lot of History Here: The Austin Chronicle and Between the Lines

The L.A. to Austin transplant on acting: "I want to be sideways!"

One in a Crowd: "Dancers"

Short film needs your help to get en pointe

Back body drops, and in high heels

Politics and Pekingese in this strange, sweet, and very Portuguese fantasy

Something something family something. The unkillable franchise lumbers on.

The 60 Minutes newsman's legacy makes headlines of its own

Tye Sheridan and Jeff Goldblum in an engrossing experiment in form 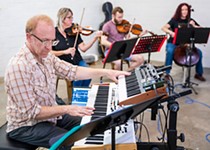 Galveston (and you) will be blown away by this production

Summer Stock Austin's How to Succeed in Business Without Really Trying

This new musical by Allen Robertson and Damon Brown is darker than their usual fare, but there's light at the end

Grageriart: Design 4 Everyone at Crashbox 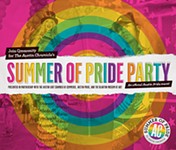 Party with Qmmunity, That Time of the Month, and Andy Campbell 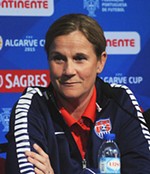