e-edition   |   pdf
ON THE COVER:
Over 100 of the Best and Brightest Restaurants in Austin
news Austin at Large: Money Changes Everything

Or, scenes from the class struggle in Silicon Hills

If state leaders have "nothing to hide, why wouldn't they turn those documents over?"

Correcting the "Mistake on the Lake" could fund city initiatives

Arguments escalate on how to spend hotel occupancy tax revenue

Despite Protests, Leander's Drag Queen Story Hour Will Go On

Activists want AISD to do more with church money

Over 100 of the Best and Brightest Restaurants in Austin

Our favorite restaurants broken down by neighborhood

The Top 10 Austin Restaurants According to the Chronicle Food Editor

A Beginners Guide to Japanese Food in Austin

Where to find traditional dishes beyond sushi and ramen

10 Global Kitchen Utensils & Gadgets to Spice Up Your Kitchen

Scale up from that upcycled wine bottle rolling pin

How to Host an Amazing International Dinner Party

From Spanish tapas to Korean banchan, the dishware makes the meal

A New Wave of Elegant Dinnerware in Austin

From macarons to kolaches to milkshake cookies, we got you covered

These one-stop shops are known for more than booze

InterStellar BBQ Shoots for the Stars 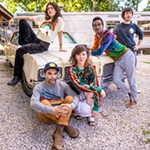 Los Coast Doubles Down on Its Psych-Soul for Label Debut

Two birthdays and a dark christening

Shepherd in a Sheepskin Vest

Austin director Tim Tsai shares a murder on the Gulf

Looking Back on 15 Years of the Townes Van Zandt Documentary

After the vampiric bite of Only Lovers Left Alive, Jim Jarmusch shambles through this zombie flick

A gentle, poetic look at gentrification that shimmers with the winds of history

The MiB stay Earthbound in a sequel saved by its stars The Carver Museum asks: Freedom when?

In this take on Hunger Games and Divergent-style tales, the improvisers struggle to find a plot or laughs
columns 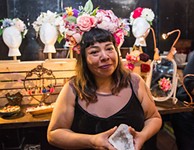 Plus, more Pride events to help you forget it’s hot outside 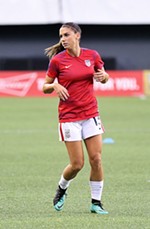 U.S. goalfest puts exclamation point on the first round of the WWC group stage