"We are not safer as a community when victims are running away from us rather than coming to us."

Austin at Large: Beto in the Fast Lane

O'Rourke bounces right back into an adoring, ambivalent Austin

Nobody goes home happy after meeting hits a wall

Review of sex assault cases to kick off this fall

“Sincere” Bigotry at the Senate

Religious-refusal bill moves to the House

Plans big and small for the city center

Death Watch: One Man Spared, Another Set to Die Use Your Collusion
screens

Josh Frank Writes Himself Into the History of the Marx Bros.

There ain't no sanity clause

Four decades later, this gritty and earnest recounting of black British life keeps all its power

The Best of Enemies

Latest Stephen King adaptation is a pretty good horror film, but nothing more

DC finally gets to the heart of why we love superheroes

Madness and jealousy on the American Great Plains

Saving the world, one wry laugh at a time in this Icelandic eco-comedy
arts & culture

In this stage adaptation of Dostoevsky's novel, a fascinating glimpse into the more twisted corners of the human mind

Plus events to queer tech and fundraiser for QueerBomb's 10th anniversary

Do I need a fishing license if I never catch anything? 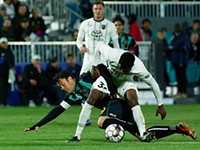 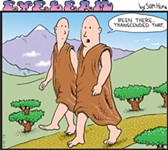