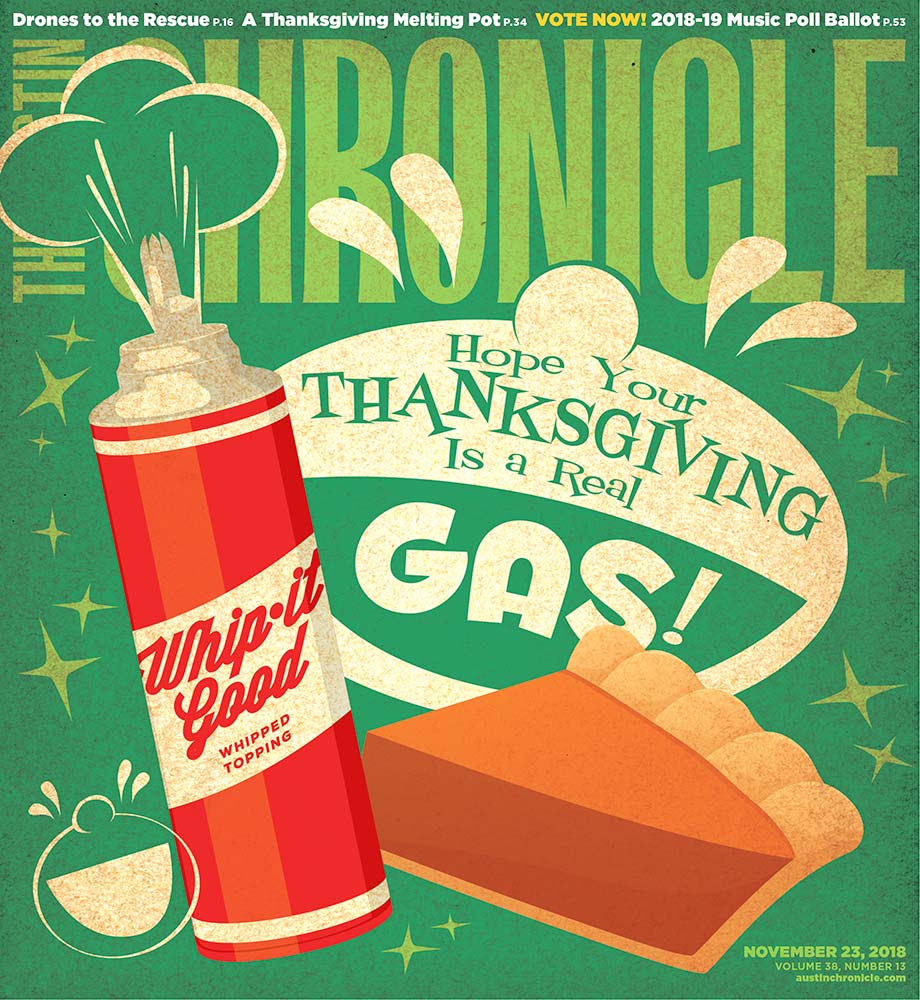 The Life of a Search and Rescue Drone Pioneer

In the spirit of the season, a few celebrations

Public Notice: Homes for the Holidays?

Housing Blueprint Gets an Implementation Plan

Sexual Assault and the City

Austin Gets Its VW Payout

It took some doing, but Austin will see $16 million from Volkswagen AG's emissions control scandal fallout

A Peek Into the New Lege's Anti-Choice Plan

It can surely be worse

Unity in the Community as City Council OK’s Police Pact

Why all sides are calling the four-year, $44 million police contract a win

It's a whole new election, y'all! Don't be alarmed.

BY MIKE CLARK-MADISON AND NINA HERNANDEZ

Sick Leave: A Wage by Any Other Name? 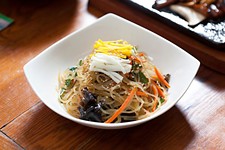 Thanksgiving Is a Celebration of Immigrants

There’s a lucky rooster, and more flavor combinations than days in the year After six years and 388,000 words, "Playback" hands off the music column

Texas Platters Hall of Fame: Selena's Dreaming of You

A Message From the People Revisited

Go On / Move Your Body

Let Pain Be Your Guide
screens

The city is the star of the AFS film series

Sleep No More brings back Eighties’ Pop and popcorn

Jim Crow road trip may be simplistic, but it's heartfelt

Documentary tracks the evolution of the artist and activist 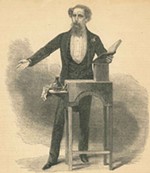 At this psychedelic music fest, it’s all about community

With this improvised musical series, one family’s tale of coming to the states becomes a tale about us all

This production is everything but sultry, which is the very thing the Tennessee Williams drama needs most
columns 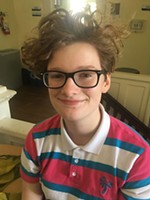 Giving thanks, looking ahead

Ice sculpture is the coolest show on the island 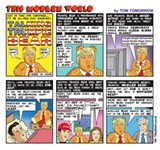