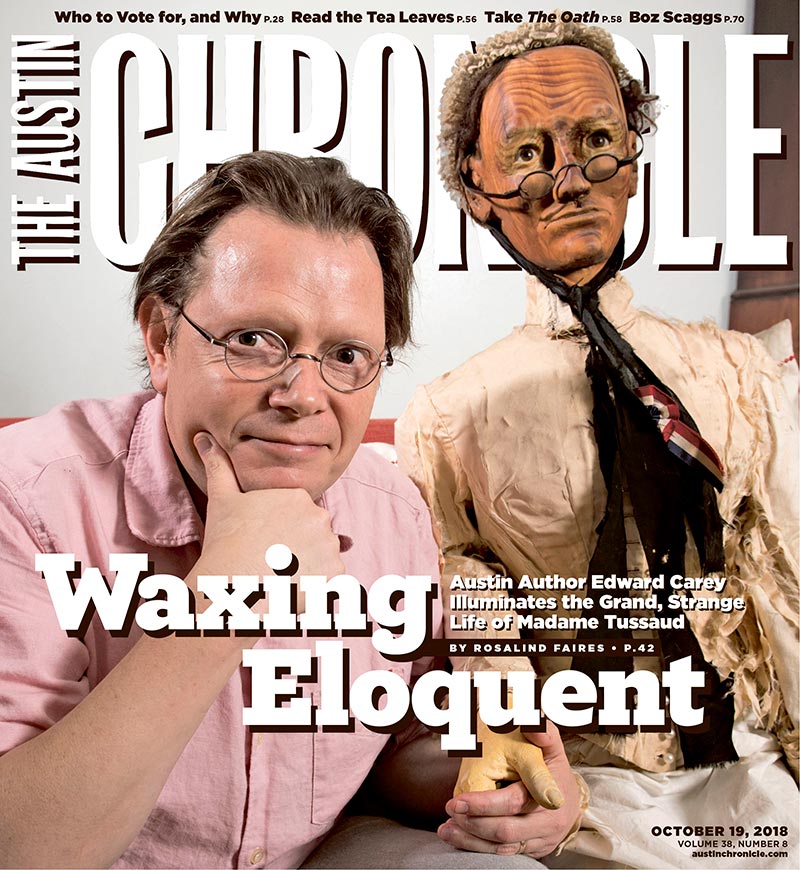 pdf
ON THE COVER:
Edward Carey's Portrait of Madame Tussaud in Little
news

Who should sit on the next dais

Up or down, yes or no

What, you expected us to endorse a Republican in 2018?

Point Austin: This Most Important Election

How and why the Chronicle takes endorsements seriously

Quote of the Week: Ted Gordon

For "Active" Seniors Only

With commission and neighborhood support, the lakeside Camelback PUD appears headed for approval

Fours on the Floor

Handicapping the next Council's coalitions on land use

It won't be the Crew, but there will be an Austin FC, league suggests

Election funds flow to and from candidates and PACs

One execution stayed, another set for Oct. 24

Survivors Hit Back at City, County in Court

As Austin ISD modernizes one Eastside campus, others remain fearful 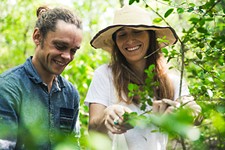 Living Off the Land With Local Leaf

Austin Chefs on What "Locally Sourced" Means to Them

The Dish: Relish the Comfort of Hibachi Scallops at Sushi Japon 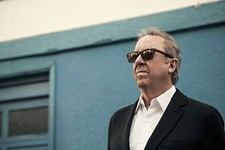 The Texan parses blues, R&B, and rock & roll ahead of two Austin shows

Listen to what the man said

Cali rapper gets the mainstream woke

The future of R&B is androgynous 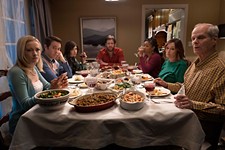 UT Grad Brings Politics Back to the Multiplex With The Oath

This year's weirdest, most delightful rom-com

The night he came home again (for the first time)

The rise, fall, and legacy of NYC's most famous nightclub
arts & culture 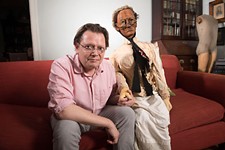 The Austin author both writes about and illustrates the grand, strange life of the waxworks queen

Because you either like the Beatles, or you haven't listened to enough of the Beatles

In Katie Bender's play, an American family tries to save itself from being shaken apart

"Ed Ruscha: Archaeology and Romance" at the Ransom Center

An American Marriage by Tayari Jones 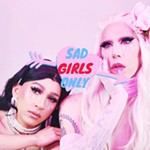 Find someone whose baseline is not assaulting you 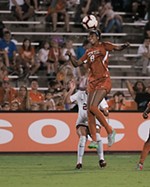 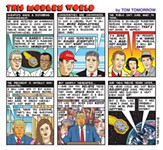