e-edition   |   pdf
ON THE COVER:
Molly Burch Finds the Love in Pop
news Proposition A and Austin's affordability predicament

Civic leaders have big plans for your future

Will Voters Give Soccer the Boot?

Onyeri Gets Life in Prison

City Council gets into its A-E-I-O-Us

CodeNEXT Gets an Autopsy Report

The latest news from the November 2018 campaign trail

BY MICHAEL KING AND CHASE HOFFBERGER

AISD: Back to Basics

A vision for the district, and renaming Confederate schools

The Lens on Juan Sanchez

Handicapping ACL's first Friday plus a handful of locals

Handicapping ACL’s first Saturday plus a handful of locals

Handicapping ACL's initial Sabbath plus a handful of locals

Glossy jazz with shades of Sade

Backing band honors the legacy of the Purple One

Native Austinite looks to schmooze his inspirations at ACL

Playback: Everyone Keeps Asking Me for ACL Fest Passes

They're just making a movie. What could possibly go wrong?

A dark piece of American history exposed through theatre

Murder at the amusement park, but this time it's horror themed

Southern Gothic in in the Canadian heartland 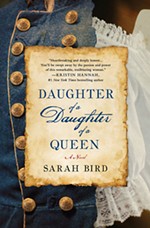 CB Goodman's play is memorable for its exuberant satire, but an abrupt hairpin turn toward the serious makes the show even more memorable

In this three-part installation, the artist plays with light to creates work that is atmospheric and at times beautifully comtemplative
columns 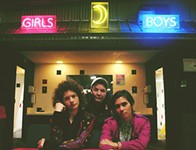 On making space and the return of two favorites

The Luv Doc: The Depravity of a Gruntle

Dragging someone out of black hole is never easy 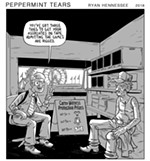