pdf
ON THE COVER:
Is the Net Neutrality Repeal Another Blow to Tex-Mex Musicians and Broadcasters?
news 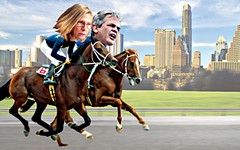 A Two-Horse Race for Mayor

Can Laura Morrison hope to edge out Steve Adler?

If you view the code rewrite simply as a struggle between the urbanists and the preservationists, it's fair to ask, who's winning?

Quote of the Week: Fred Lewis

CodeNEXT: Will We or Won’t We Vote on It?

From the petition hearing to Council, this week's land use code updates

Countdown to a Deal

City to work on stadium deal while fielding other development offers

Seniors living in the complex are still seeking relief

Lawsuit will target volunteer appointees in violation of City Charter 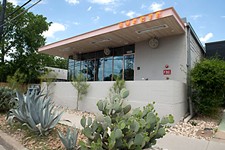 I fell in love with a cup of hot corn

Dining, Driving, and Dealing on the Vegan Food Chain

And where to find the Best Tuna Sandwich (sans tuna) 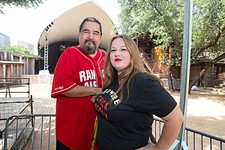 Is the Net Neutrality Repeal Another Blow to Tex-Mex Musicians and Broadcasters?

The Dangerous World of Jean-Paul Belmondo

Ant-Man and the Wasp

Sly sci-fi satire puts class, race, and selling out under the microscope

Deception, research, and an almost unbelievable mystery of triplets divided at birth 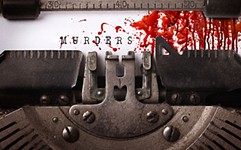 All month, we're exploring the wrong side of the law in books, TV, podcasts, and more

In Simon Stephens' play, we observe the unlikely pairing of two people as an experiment in risk and change

"We'll Just Rock for Ourselves: Selections From the Lisa Davis Archives"

And then there were eight