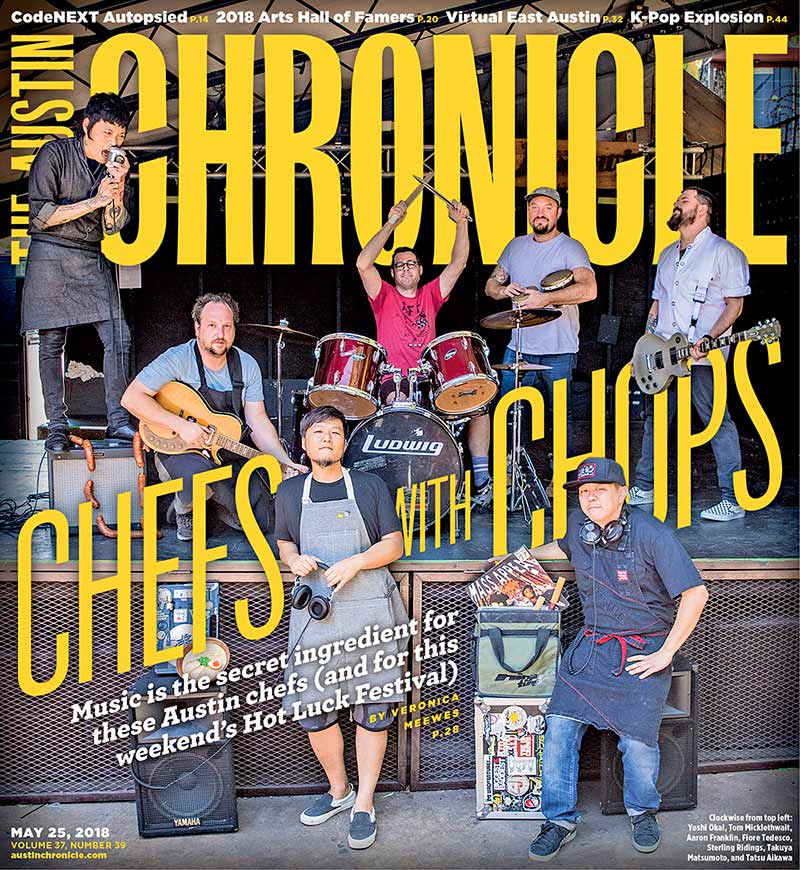 pdf
ON THE COVER:
Food and Music Strike a Chord With These Austin Chefs
news

Or did Austin wreck CodeNEXT?

Can CodeNEXT get to eight votes?

Quote of the Week: Dan Patrick

Our Lt. Gov. has some bad ideas about dealing with school shootings

Big Bust at the Tax Office

Why does the state want to restrict voting access?

District 1 race continues to fill up

Council: What Do We Want? Money!

Who needs it? Fire stations, cops, and scooter companies.

On the vetting process for Austin's chief of police

University program halted until after summer

Winners and losers in the Democratic primary

County Reports on Drug Use and Poverty

New studies and what they mean for Austin

The School Board Shuffle Playback: Being Christeene in 2018

“I’m a collection of all the shit that you’re throwing around in this stratosphere of online media conversation.”

In the Rainbow Rain Technology and social justice come together in Latinitas' film

Austinites on HBO and Netflix, plus big casting news

Goya-winning animation finds the demons within us all

Paul Schrader and Ethan Hawke burn in the divine for this meditation on faith.

Isabelle Huppert glows (literally) in this SF-comedy makeover of the psycho-horror classic.

Jay Duplass and Edie Falco in a story of post-prison re-integration.

Should you have a bad feeling about this stand-alone Star Wars?
arts & culture

The Austin Arts Hall of Fame Class of 2018

This devised work shares the name of Bizet's opera, but it has its own story to tell, one that's modern, irreverent and funny

Object Collection’s It's All True World Cup kickoff right around the corner, U.S. prepare for a series of pre-WC matches, and more