Too Hot for Drug Tests

Turtles all the way down

A handful of haunts for a stoner-friendly snack 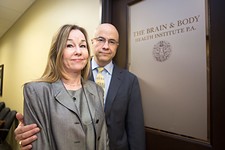 Lakeway neurologist battles hospitals, officials, and the "culture of silence"

Beside the Point: Get Off Your Butt

Council can help the homeless big-time, and next week

Quote of the Week: Lloyd Doggett

Remember the Americans With Disabilities Act

SARRT study says not so

Council: At War on Two Wheels

More scooters, a possible interim deal with the APA, and more from City Hall

Death Watch: The Constitutionality of Intent

What if the people you killed were not who you hoped to kill?

A Lack of Info for Affordable Housing Initiative

The Next Anti-Choice Strategy?

Widening the A.G.'s authority to prosecute 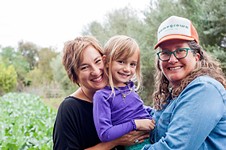 Aeroponics Are the Future for One Austin Urban Farm

Farmhouse Delivery is all grown up

Edomae-style sushi at this traditional restaurant

Checking in with Donna the Buffalo, Billy Strings, Greensky Bluegrass, the women of I'm With Her, and more

The Thread That Keeps Us

Down to the River 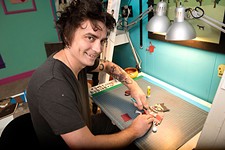 Head over heels for the new Gallic wave

The next global economic meltdown, in terrifying detail.

Did You Wonder Who Fired the Gun?

High art in Paris with Armie Hammer and Geoffrey Rush.

Equine tale is a lot deeper than the cheesy subject suggests.

Sleaze, violence, and a weirdly nuanced take on race relations.

The comedian and actress digs up the good, the bad, and the cheesy of pre-Y2K television in the podcast Raised by TV

Fill your weekend with experimental performance art and/or laughs

In this moving production, a young woman learns the nature of true beauty and true love

Latinauts: The Wrath of Juan at ColdTowne

A radical week of queer events is full speed ahead!

Burn it all down and start over

Family affair keeps the barbecue smoking with a Tex-Mex accent