Festival music and more on the cheap

Photos from the first weekend
news

The Problem With K2, Downtown Austin’s Most Dangerous Drug

APD cannot depend on big busts alone to solve the problem

Point Austin: Welcome to the Future

Public Notice: Are We on a Road to Nowhere?

CodeNEXT – what a buzz kill!

Quote of the Week: Eric Goff

Bears in the air

Abused Hutto Detainee Gets Her Day in Court

Council: It Ain't Over 'Til It's Over

The Road to CodeNEXT

Mapping out the final stages of the land use code rewrite

Medical Board Loses a Case ... and Attacks the Judge

30 Restaurants to Try in Downtown Austin

Eat some good food while you’re in town 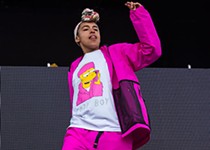 Beatmakers and sound shapers from Taiwan to Down Under

What are you going to do with all these ones and twos?

Sneaks, Speedy Ortiz, and six other indie sets you won't want to miss

From up-and-comers to rap royalty, 20 key sets to see

South by Southwest by way of Sudan, Scotland, Colombia, and more

Portland songwriter waters her garden with anxiety and heartache

Dominican singer born Erickson Fernández never had a plan B

SXSW Gaming at a Glance

From the Expo to the Awards, it's time to play

The Death of Stalin

I Can Only Imagine

MercyMe's hit song gets its own biopic.

The Strangers: Prey at Night 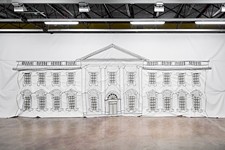 "Rodney McMillian: Against a Civic Death" at the Contemporary Austin

In this thought-provoking exhibition, the Suzanne Booth Deal Art Prize winner asks, “What does an architecture of power look like to you?”

Getting virtually swept away by A Colossal Wave! and hearing America singing via Bill Murray and Jan Vogler

In their joint show, the two artists use paper crafts as a medium for exploring how traces of the past disrupt the present
columns

Bar and restaurant transported to Texas retains its Irish brogue

Being diplomatic isn't being deceptive; it's being thoughtful and caring 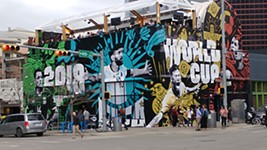