We round up some of our favorite animal Instagram accounts

Kermit the Therapy Dog Wants to Talk About Your Funeral

This grief counselor wears a collar

Horseplay? Only after they’ve clocked out.

Does This Relationship Have a Future?

If dogs aren’t welcome on the Starship, I’m not going either

From an 800-pound pig to cuddly baby goats, these farm animals are earning their keep

Dukes is wild in House District 46

SD 25: The Crusade Against Campbell

Guerra, Kling in the race for the Austin-San Antonio suburbs

HD 46: Ready for the Main Event

HD 47: Everybody Into the Candidate Pool

Five Dems vie to face off against Paul Workman

All over the local map

How progressive can you get?

Point Austin: For Your Consideration

When you enter the poll, make your best choice ... these are ours

Quote of the Week: Joe Pantalion

Are county inmates aware that they’re eligible to vote?

It runs through Williamson County

Fire chief to leave for Florida

Is UT Harboring a Domestic Abuser?

Eckhardt: The State of the County Is ...

Death Watch: Justice for Whom?

Austin couple offers an all-natural way to feed your pup 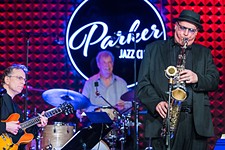 Playback: Can Austin Be a Jazz City?

Two venues usher in a new era in Austin jazz. Plus music scholar Bill Bentley brings the Smithsonian Institution to bear at BookPeople.

From Austin to Wakanda

Our monthly guide to what's filming and screening

Aardman's prehistoric animation has some evolving to do.

Mr. and Mrs. Grey break out the whips one last time

Mary and the Witch's Flower

Studio Ghibli alums stick to the formula for magical tale.

The play presents dementia from the sufferer’s perspective, but it suffers from a shortage of emotions besides exasperation

In this “hoot” of a competition, every one of the 16 compositions was a gem, but only one was voted the champion
columns

OUTsider Fest, Andrea Gibson, and more heat up the week ahead

Day Trips: Angel on the Wind 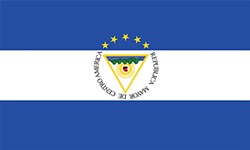