pdf
ON THE COVER:
Life After Gentrification
news

When you and your home both have to move

As 2018 dawns, the mayor compiles a list of accomplishments

Public Notice: The Business of Governing

Quote of the Week: Ken Casaday

Texas is getting sick more than most

Xavier Lewis is charged with the Dec. 26 murder of Ebony Sheppard

The (Longer) Road to CodeNEXT

Opponents would freeze the process via referendum

"Some Dates Will Change"

The Council and the City Manager

Tracking back on a lengthy and complicated search

What's Up With Warren Wildlife?

Bouldin Creek's night at the museum

Dine in Austin’s Petite Provence, speak French, and go back to basics

The Many Truths of I, Tonya

The Other Side of Hope

Austin gets to see how Buddhist high holy days are celebrated in Tibet and Qinghai, and how African-Americans and Latinos once stood together in an era of social change

“The Open Road: Photography and the American Road Trip” at the Blanton

The Luv Doc: The Hot Zone

If you really want to be sure, complete immolation is the way to go 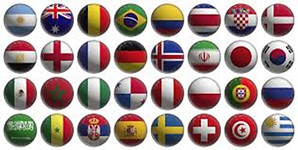