pdf
ON THE COVER:
Becoming an Enlightened Carnivore
news

What can new incentive programs and community solar projects do for the city's most abundant energy source?

Point Austin: Reasons to Be Thankful

At holiday time, mixed blessings are all we have

Only if we let it continue to fester in darkness

Quote of the Week: Shudde Fath

Former mayor's son is up for WilCo judge

Mostyn, a Houston attorney, was 46

14 bus routes will now run every 15 minutes during peak times, as opposed to the current total of six

Vision Zero: Remembering Is Not Enough

Health Care for All ... or Just Some?

If you can't beat 'em, run against 'em

Former Firefighter Out on Bond 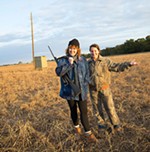 The Trauma of Thanksgiving Films

Or, how to alienate your family this holiday season

Time to Come Out and Play

A tribute to the life of iconic ranchera singer

A moving and colorful addition to the Pixar filmography

The Man Who Invented Christmas Turk Pipkin's Book of the Every Other Month Club

When you subscribe to this service, you get six volumes, Kenya gets three libraries

Karen Sneed’s staging is shot through with compassion for the play’s hard-luck, hard-drinking Irishmen

Austin Shakespeare’s Much Ado About Nothing We are thankful – for you

The alternative hotel of tepees, yurts, safari tents, and retro trailers is funky, fun, and functional 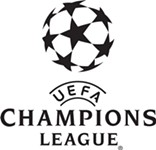