Point Austin: Another Night of Blood

One more episode in the culture of the gun

Quote of the Week: Jim Duncan

A Hotline for Native American Survivors of Domestic Violence

Introducing the Foundation for an Informed Texas

The search continues, whether the public knows about it or not

Draft two brings growing pains for the land use rewrite

Film company has eight figures, no renderings yet for AISD's Baker Center

We dream of cheeseburgers at ACL Eats

Where to get your gose around town

The Amazon-ification of Whole Foods

In the pursuit of affordable eats, try the tasting menu

Everything Is Forgotten (4AD)

How Did We Get So Dark? (Warner Bros.)

Lukas Nelson & Promise of the Real

Oklahoma crooner assumes lives of others and sings their stories

Elton John-endorsed trio captures feelings as they rock out

The Boy Who Cried Freedom (Darkroom/Interscope)

There's more to any ACL Fest list than meets the eye Local Webseries Highlights the Strengths and Struggles of Women of Color

We Are tells seven tales with Austin as their backdrop

Notes from the subdued chaos at the Drafthouse

“Jewels in the Wasteland” Returns

Richard Linklater's series is back with more Eighties gems

This visually lush sequel was worth the wait.

A stirring portrait of a social-justice pioneer

This reboot is dead on arrival

A man pines for his ex, who is getting married

The Mountain Between Us

This is what a boring plane crash movie looks like

My Little Pony: The Movie

A rainbow-hued acid trip for 8-year-olds

A boy and his stray dog (and a revelatory lightning strike)

Passions run deadly in this thriller

The global network of human trafficking is examined in this drama

An unlikely friendship develops in this period piece

Year by the Sea 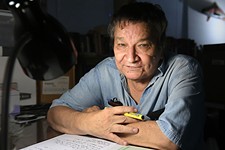 This fun, honest, real production of Sarah DeLappe’s play zeroes in on the best part of playing a sport: being on a team

The studied, steady cast make bold choices with Pinter’s familiar script and show us a side of adultery not often considered

“Fool’s Romance / Books From Aeromoto” at the UT VAC

What doesn't take two thumbs, both eyes, and the lives of innocents?

Statewide ban on driving and texting

BY LUKE ELLIS AND CAROLINE YOUNG 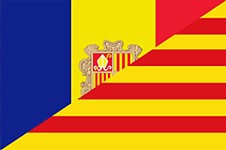