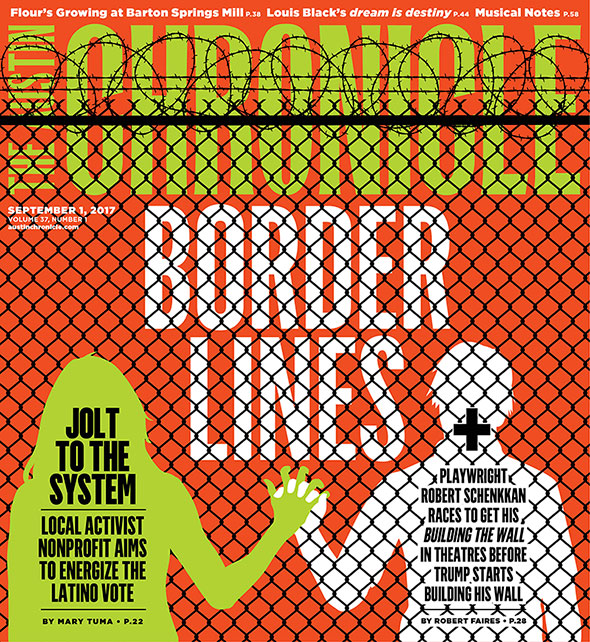 pdf
ON THE COVER:
Staging Building the Wall Before Trump Builds His Wall
news

The GOP’s bad week for gerrymandering and voter rights

Public Notice: Houston, You Have a Problem

Let's not make the same one here

Tracking CodeNEXT ... Or Not?

Commissioners express concern over data collection of land use rewrite

Up to $2.5 million at stake for low-income homeowners

Council: Heating Up the HOT Tax

Mayor moves to defend his solutions to the “Downtown Puzzle”

Ordering from the Concept Menu

New Laws From the Lege Set to Go Into Effect

Get to know Texas’ new rules

CMs Alter and Flannigan stoke the flames of AFD negotiations

Trump vs. the wisdom of Robert E. Lee

Time to start thinking about where your bread came from

Back to School Part 2 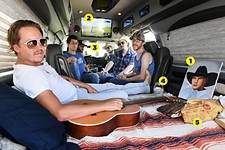 My Gear: Mike & the Moonpies

Inside the van of Austin's honky-tonk road dogs

When I Come Down

The War on Terra 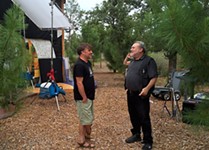 After Green and The Unforeseen, it’s time to Look & See

A Twofer of Slashers That Are a Cut Above

A horror classic and a hidden gem highlight this week

BY MARC SAVLOV AND RICHARD WHITTAKER

If you, like Production Manager Chris Linnen, love to get high and watch stand-up comedy on TV, then these recos are for you

Planting seeds to save a church

Birth of the Dragon

My best friend is gay

An orphan has ballet-dancing dreams

A look into the world of the farmer and activist

In an Orthodox Jewish community, a father struggles to retain custody of his son

The Only Living Boy in New York

The Trip to Spain

Exquisite food with a side of comedy and pathos
arts & culture

Staging Building the Wall Before Trump Builds His Wall

Robert Schenkkan races to get his latest work on stage

Ocean at the Vortex

In her solo show, Ebony Stewart makes a canvas out of herself and a beautiful gift we should embrace

“Pio Pulido: The Last Exhibit of the 20th Century” at the MACC 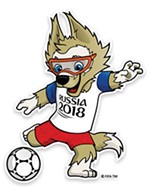