The Importance of Being Margaret Moser

e-edition   |   pdf
ON THE COVER:
Margaret Moser Tribute: Leader of the Pack
news Looking Back on the Champions Tract Rezoning

Does this development belong in this particular corner of the Hill Country?

Public Notice: No Fireworks, but a Bombshell

City Council, AISD Board adjourn for summer with work left to do

How Many Jobs Do You Need to Afford a Two-Bedroom Place?

Those making minimum wage in Austin must work 3.2 full-time jobs to afford an FMR two-bedroom place

Council: All About the Code

Billion-dollar bond will go to vote in November

The governor's got his rogues' gallery of lawmakers

Green Stormwater Infrastructure: only half the battle

SB 4: Texas Cities Get Their Day in Court

The Hightower Report: Would Even the Craziest World Leader Behave Like Trump? 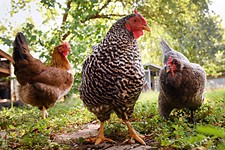 So You’re Thinking of Keeping Chickens

Tips for finding the perfect flock

Starting you on your long journey of taco discovery

The importance of being Margaret Moser as told by her peers, mentors & protégés

That Margaret Moser, she’s a rainbow

Alison Brie and Betty Gilpin on the Netflix wrestling drama

A heist goes wrong for a music-loving getaway driver.

The rom-com is dead! Long live the rom-com!

Citizen Jane: Battle for the City

The battle over NYC's urban planning

The Secret History of the Off Center

Rude Mechs on the Move

Having left the Off Center, the theatre company is now planning to #crushAustin in all 10 council districts and opening new studios Downtown

The exhibit by Michael Krueger, Kathleen McShane, and Barbara Weissberger seems a planned mess, but one that echoes a greater scheme
columns

Page Two: Leaving It Up to Her

On Margaret Moser: Happy together, then, now, and forever